In an interview with Yonhap News Agency on Wednesday, Lankov, however, cautioned against reading too much into the overture as a possible breakthrough to the current nuclear standoff, as the North will not give up its missile and nuclear programs under any circumstances.

Born and educated in Russia, Lankov is known for his expertise on North Korea and unique experience of studying in North Korea for about a year in the 1980s. He has been teaching at Kookmin University in Seoul since 2004.

"This year's New Year speech by Kim Jong-un is very good news in that North Korea seems to be making efforts to ease tensions in this region after ratcheting them up for the past year," he said. "I think Kim and President Moon Jae-in gave a very good present for billions of people living in this region."

On Monday, the North Korean leader said in a New Year speech that Pyongyang is willing to send a delegation to the Olympics that will be held in the South from Feb. 9-25 and is open to dialogue with Seoul over the issue.

In response, South Korea proposed holding high-level talks next Tuesday. On Wednesday, the North reopened the suspended inter-Korean communication line, raising prospects that the two sides will sit down to discuss the North's possible participation in the games.

If they meet, it would mark the first such talks between the two Koreas since December 2015. 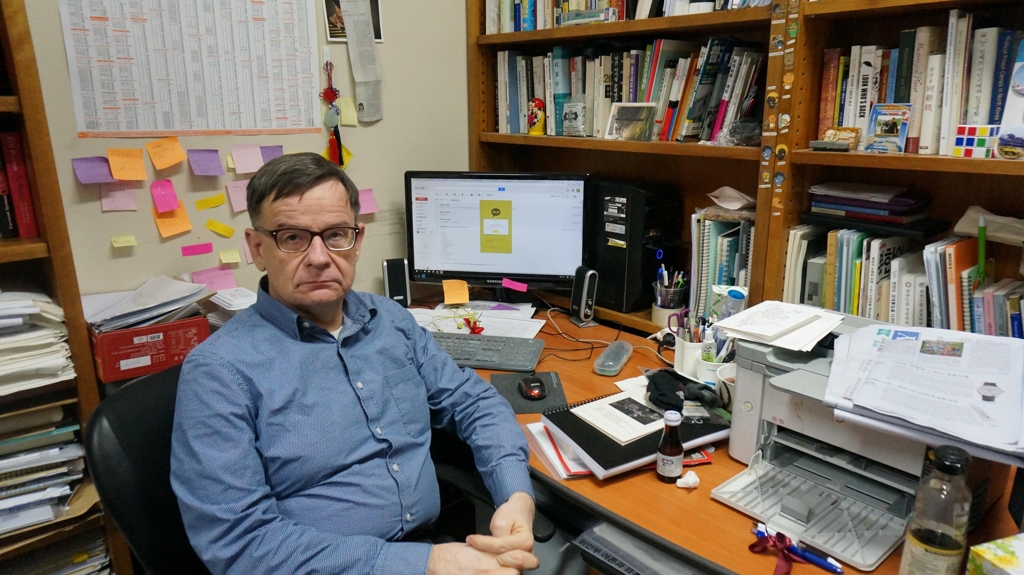 Lankov emphasized that any kind of exchange with the North would help reduce tensions, mitigate mutual enmity and give North Koreans access to South Korea's more advanced culture, society and economy.

"When it comes to exchanges with the North, the more the better," he said. "We should refrain from being too optimistic, but expanded exchanges will surely help."

He gave some credit for what he sees as the North's "U-turn" to growing pressure and sanctions, coupled with uncertainty over the Donald Trump administration, which has said that all options are on the table including military action.

Lankov, however, noted that sanctions will not eventually force the North to give up its nuclear weapons program.

"Without this huge pressure from the international community, the North might have started such charm offensive much later," he said. "It seems to be pushing for dialogue faster than expected due to sanctions, pressure and uncertainty and anxiety over a possible use of military action."

Lankov said that the North will not give up its pursuit of nuclear weapons because its leadership believes that such weapons are crucial in maintaining its grip on power and protecting the country from outside aggressors.

Given that denuclearization of the North appears to be out of the question, Lankov proposed a "freeze" on its nuclear and missile development programs, calling that a more "realistic" approach to addressing the current nuclear stalemate.

"A freeze might be a less-evil option. Otherwise, the North would double down on its nuclear and long-range missile development," he said. "Our objective should be focused on managing the nuclear problem, not on resolving it. That would be a realistic objective, though it is sad to say so."