SEOUL, Jan. 3 (Yonhap) -- Prosecutors said Wednesday they will indict ousted President Park Geun-hye on additional bribery charges as early as this week over allegations that during her term Park took bribes from the state spy agency.

An official from the Seoul Central District Prosecutors' Office said that prosecutors are also considering "gradually pressing charges against the others involved."

Prosecutors have been investigating allegations that the National Intelligence Service (NIS), South Korea's main spy agency, provided Park with up to 200 million won (US$188,000) in kickbacks every month between May 2013 and July 2016.

Prosecutors suspect that the NIS paid Park around 3.8 billion won in total and that she used those funds personally or to carry out illicit political activities.

Park was officially stripped of power on March 10 after the Constitutional Court upheld the impeachment. She was arrested later that month over an influence-peddling scandal involving her longtime friend and has since been under pre-sentencing detention on 18 corruption charges.

Prosecutors sought to question Park in prison twice over the fresh allegations, but she has refused to cooperate.

The prosecution said they will nonetheless move forward with the additional indictment, saying they have sufficient evidence from testimonies by others involved.

Two former NIS chiefs have been indicted and detained over bribery charges, with senior secretaries who served in Park's administration also detained under the same charge. 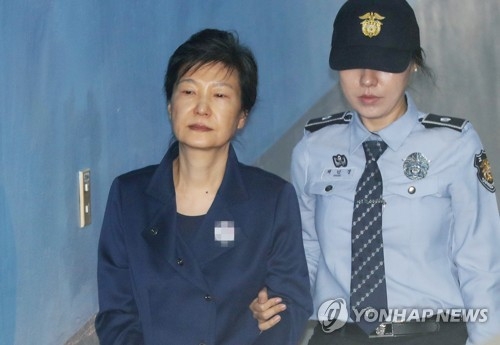 Prosecutors to press additional charges against ex-president this week

Prosecutors to press additional charges against ex-president this week