SEOUL, Jan. 3 (Yonhap) -- Jin Air Co., the budget unit of Korean Air Lines Co., has launched a new route to Johor Bahru in Malaysia, company officials said Wednesday, in the latest move to expand its services in the region.

Jin Air said that it will offer afternoon flights on Tuesday and Friday, connecting Incheon to Johor Bahru, which is close to Singapore.

The latest move raised the number of routes operated by Jin Air to 40 destinations, including those to Tokyo, Guam, Hawaii and Cairns in Australia. 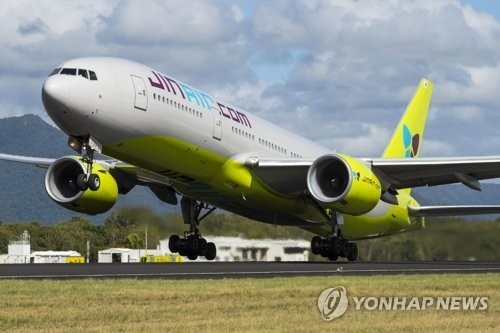