SEOUL, Jan. 3 (Yonhap) -- The leaders of rival political parties put forward different formulas for economic growth this year on Wednesday, in a stark reminder of their conflicting policy visions for Asia's fourth-largest economy.

During a New Year's greeting session with local business leaders, Choo Mi-ae, the leader of the ruling Democratic Party, stressed "coexistence" between labor and management, in line with the party's endeavor to enhance labor rights.

"(I) hope that (business circles) can share jobs with citizens and affirm resolve to go together with workers," Choo said in the session hosted by the Korea Chamber of Commerce and Industry. 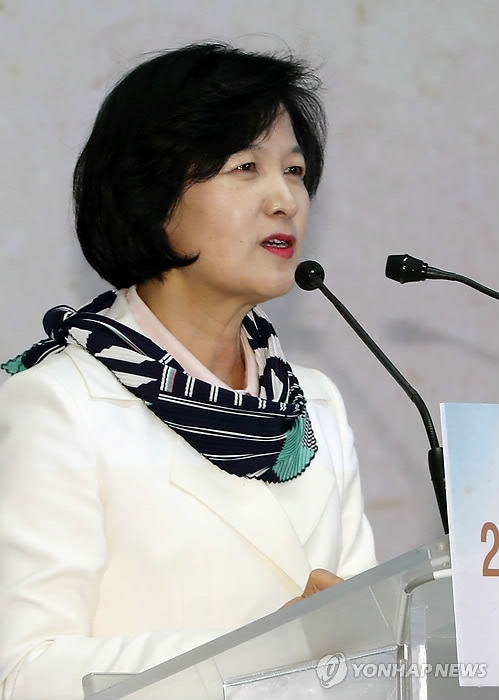 "It is very regrettable that South Korean society is increasingly averse to the haves," Hong said. "The Liberty Korea Party began the New Year with motto of autonomy for enterprises and opportunities for regular citizens."

Ahn Cheol-soo, the leader of the minor opposition People's Party, railed against the liberal Moon Jae-in administration's policy to create jobs in the public sector and raise the minimum wage. 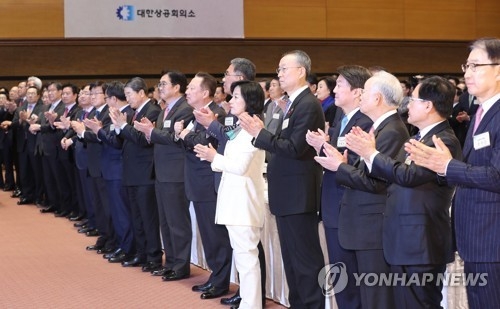 "I believe the government should not lead the job growth initiative," Ahn said, reiterating his long-held stance that local businesses must spearhead the task of creating quality jobs with the government playing a supporting role.

Meanwhile, Prime Minister Lee Nak-yon painted a positive outlook for the country's economy this year, saying the economy appears to have "moved out of a tunnel."

"It appears that external and internal economic conditions will improve this year," Lee said during the session.

Lee also said that security risks stemming from North Korea's nuclear threats could be reduced as Seoul and Pyongyang move towards dialogue over the latter's participation in the PyeongChang Winter Olympics, which are slated for next month.