The Filipino-American rookie singer held a media showcase for her new EP "Dream of Paradise" at Ilji Art Hall in southern Seoul. Chu debuted in May with a pop dance single album titled "Trouble."

"To me, it was a song that I could dance to powerfully and enjoyably," Chu told reporters, adding "It was a great opportunity for me (to work with Hui). I'm truly grateful." 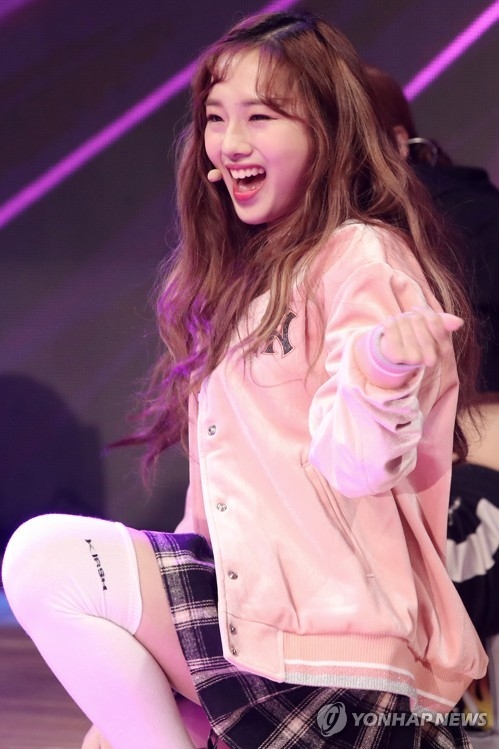 Chu also said, "It was a tropical house genre which I've never tried. I saw it befitting as a lead song through which I could reveal a new side of myself to the public."

During her break after promoting "Trouble," the 20-year-old singer said she spent most of her time exercising, shedding five kilograms in weight and working on her new album. As an artist, Chu said she wanted to convey a sense of maturity while also preserving her pure and innocent vibe.

When asked about her goals for the album, the singer replied, "I want to be able to offer a warm cup of coffee to the company's staff and fans."

Chu is the first among a number of female solo singers making a comeback in January. Sunmi, ex-Wonder Girls member who made a successful comeback with "Gashina" last year, and former I.O.I member Chungha also plan to drop new material this month.

"They're all senior artists I root for and admire. In a sense, I think I'm able to stand on stage because of them. I wish all of them will do well," said Chu.

Chu came to South Korea from the United States in 2015 with the dream of becoming a K-pop artist. Having trained under Urban Works Entertainment as a trainee, she has garnered public attention by appearing on the sixth season of "K-pop Star." Her on-program team KWINS finished second, next to prodigy dance duo Boyfriend. 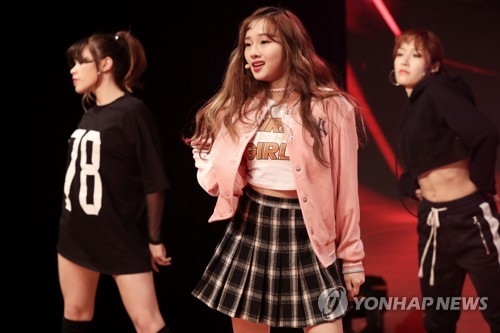