SEOUL, Jan. 4 (Yonhap) -- The national Olympic figure skating qualifying is going down to the wire, with three spots in the men's and women's singles at stake.

The Korea Figure Skating Championships, also the third and the final leg of the qualification for the 2018 PyeongChang Winter Olympics, will take place from Friday to Sunday at Mokdong Ice Rink in Seoul.

The combined scores after the three qualifying events will determine who gets to represent the host nation at PyeongChang. South Korea will send one male skater and two female skaters in the singles. 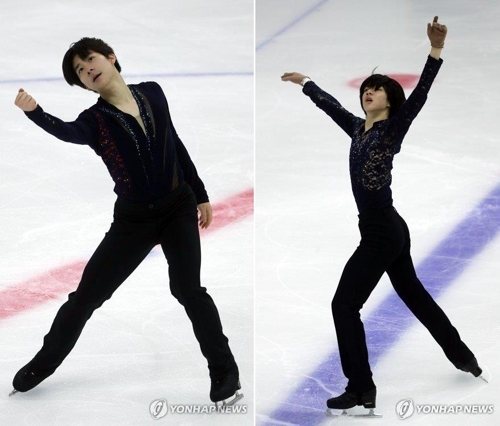 Lee won each of the first two qualifiers, with 228.72 points and then 230.40 points, and skated conservative programs that didn't include any quadruple jumps. Cha, highly touted since his junior days, finished third at the mistake-filled first qualifying event last July but bounced back to finish behind Lee at the second event in December.

Lee has hinted he may attempt a quadruple jump this weekend, though given his lead over Cha, there seems to be little point in taking any risk.

Cha, meanwhile, improved his point total from 206.92 points to 224.66 points over the past two qualifiers. Early-season injury woes appear to be behind him, and if he can come close to matching his personal best of 242.45 points, set at the world juniors last March, Cha may well overtake Lee at the final qualifying event.

In the women's singles, the battle is on for the second spot, with Choi Da-bin in the lead with 350.16 points.

Kim Ha-nul is in second place with 333.35 points, only 13.42 points ahead of An So-hyun. Choi, Kim and An are all looking to make their Olympic debuts next month. 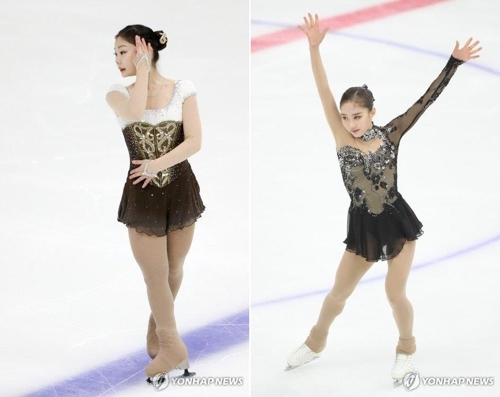