YG Entertainment said the couple will have a wedding party at Paradise City hotel in Incheon after a private ceremony at the church they go to in Seoul.

"We hope the public wishes them the best as they are about to start an important new chapter in life," the agency said in a statement. 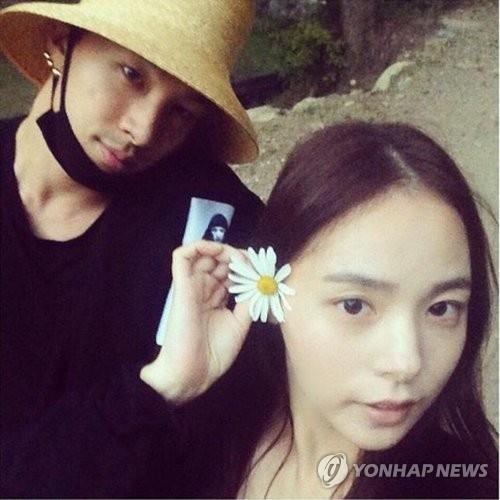 Taeyang called Min "the muse who inspires me," when he dismissed a breakup rumor in last August.

The 29-year-old vocalist has also led a successful solo career, with hit songs such as "Eyes, Nose, Lips" and "Look at Me Only."

The singer is expected to start his mandatory military duty sometime in the first half of this year.