"Solji will undergo exophthalmos surgery next Monday. Her thyroid hormone level has returned to normal but she has shown symptoms of bulging eyes," Banana Culture Entertainment said. The timing of her comeback will be decided after a full recovery.

EXID's main singer has been absent from group activities after being diagnosed with hyperthyroidism in December 2016. Exophthalmos is a symptom, where the eyeball protrudes from the eye socket, which can occur among hyperthyroidism patients.

EXID, famous for its 2015 hit "Up and Down," released its fourth EP "Full Moon" in November. Though Solji was absent from publicity for the EP, she joined her teammates in recording the album. 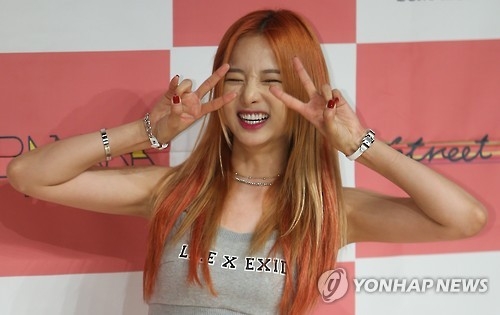