The remarks came during a hearing hosted by the U.S. International Trade Commission.

During the hearing, Vice President John Herrington of Samsung Electronics America claimed that the tariff will cast a cloud over its washer factory under construction in the U.S.

Samsung decided to invest US$380 million in Newberry County, South Carolina, last year and plans to start production as early as this month.

Herrington said while the Newberry factory plans to hire some 1,000 employees and produce 1 million units of washers next year, he highlighted that Samsung still needs to import some parts of the sales volume to provide U.S. consumers with various products.

Slapping tariffs will hinder Samsung's supply of washers in the U.S. market, which will lead to reduced earnings and possibly have an adverse impact on the Newberry production line as well.

LG Electronics echoed the view, claiming that imported products will only account for 4 percent of Samsung and LG's combined washer sales in the U.S. next year, down from the current 30 percent. LG added the U.S. government nevertheless should still turn down Whirlpool's self-interested request. 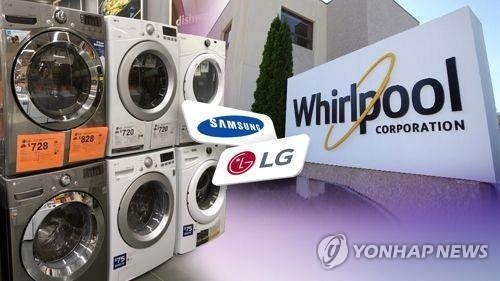