SEOUL, Jan. 4 (Yonhap) -- Prime Minister Lee Nak-yon said Thursday the government will emphasize the significance of the 1919 establishment of Korea's government-in-exile during Japanese colonial rule amid a brewing debate about the actual date of South Korea's national foundation.

Lee's remark came after President Moon Jae-in said in a guestbook message during a visit to the National Cemetery earlier this week that he will prepare for "100 years since national foundation," apparently meaning that he considers next year the nation's centennial.

That perspective breaks from the long-running idea among conservatives that the country was founded in 1948 after Korea's 1945 liberation from colonial rule and subsequent division into the communist North and capitalist South.

On Thursday, Lee backed Moon's stance, stressing that South Korea's Constitution clearly states that the country inherits the legitimacy of both the 1919 national uprising against colonial rule, known as the "March 1 Movement," and the provisional government established in the Chinese city of Shanghai.

"Meaningfully commemorating next year's centennial of the March 1 Movement and the founding of the provisional government in Shanghai is the beginning of efforts to build a properly functioning nation," Lee said during a weekly policy coordination meeting.

"There is no future for people who forget history," he said.

Lee said that the history of the independence movement and provisional government hasn't been fully researched and that the government, academia and civic groups should work together to do so.

"Since last year's launch of Moon Jae-in's government, we have made some progress on this, such as securing the budget necessary for this project," he said. 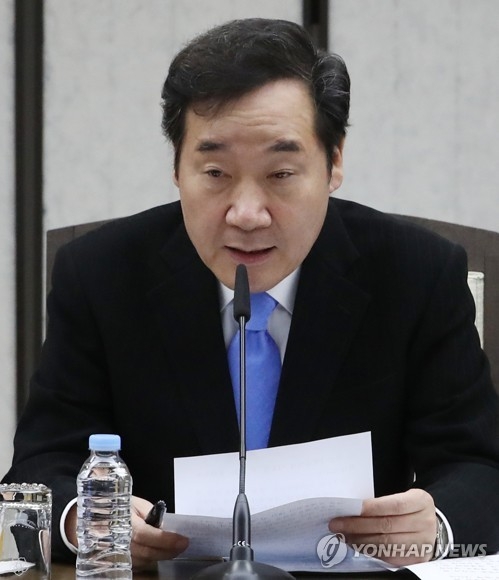