Suwon, which finished third in the K League Classic last year, said Damjanovic has completed a medical test and will join the club's winter training on Jeju Island.

Damjanovic is arguably the best foreign striker to ever play in South Korea. He is the first player to win three consecutive scoring titles, doing so from 2011 to 2013. In 2012, he was named the league MVP.

Damjanovic made his K League debut with Incheon United in 2007, but he spent most of his career in South Korea with FC Seoul, Suwon's archrival.

Damjanovic, who has eight goals in 30 matches for the Montenegro national team, first played for Seoul from 2008 to 2013. He moved to China in 2014 to play for Jiangsu Suning and Beijing Guoan before returning to Seoul in 2016. Last year, he was the league's second-leading scorer with 19 goals in 37 matches.

With Seoul, Damjanovic lifted the league trophy three times -- in 2010, 2012 and 2016. He also scored seven goals against Suwon, the most among Seoul players.

Damjanovic was looking for a new club this offseason after Seoul decided not to offer him a new contract, citing the need to rebuild. On Suwon's offense, Damjanovic will replace outgoing Brazilian striker and reigning league scoring champion Johnathan Aparecido da Silva, who is set for a move to Chinese side Tianjin Teda. 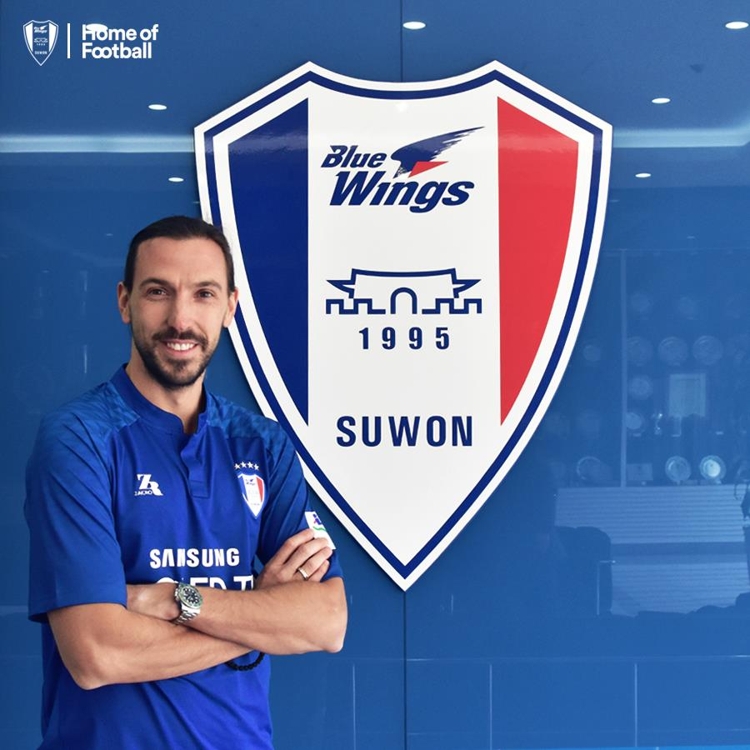 Evandro, as he is commonly known, played for another K League Classic club, Daegu FC, last year and scored 11 goals in 29 matches. The 30-year-old had stints in Brazil, Kuwait and Japan before coming to South Korea.