"I spent the last day of 2017 with my family in Berlin," Cho said during a press conference and fan meeting to promote his forthcoming concert tour of his home country. The event at the Seoul Arts Center in southern Seoul was broadcast live on the local online portal Naver.

"Someone suddenly proposed to make a wish at the turn of the year, but I didn't have any wish to make. I still don't have a New Year's resolution but just want to stay healthy to keep working and in the long term I want to break people's preconceived ideas about Asian performers." 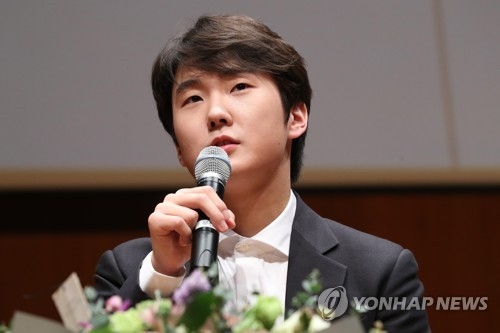 He added that he just knows about the problem and has fortunately never been a victim of racial discrimination.

The 23-year-old prodigy shot to fame after becoming the first Korean to win the prestigious International Fryderyk Chopin Piano Competition in October 2015.

"Actually, I didn't have much time to perform in Korea after winning the Chopin piano competition. I'm very pleased to come and have more concerts in Korea than I had before this year. Performing in my home country makes me all the more nervous."

As for the most memorable moments of 2017, Cho singled out his first performance with the Berlin Philharmonic Orchestra at the Seoul Arts Center on Nov. 19.

The experience of fulfilling a "childhood dream" helped him grow as a pianist and boosted his confidence, the pianist explained.

Berlin is now his home since he moved to the German capital in August to get more experience as an artist.

"So far, so good," he answered when questioned about his life there. "It's a comfortable place to live and there are lots of musicians. Everything about Berlin is good except that the sun sets too fast, and the weather is not good."

Cho said he also likes the city because it has many good orchestras.

"In Berlin, however, I try to stay at home as much as possible, resting, practicing and meeting friends," he said.

Asked how many hours he practices a day, he said: "I make an effort to practice at least four hours a day. It's physically difficult to practice more than this."

Cho expressed hope to play Brahms skillfully when he reaches the age of 30.

"I like Brahms very much, but I haven't performed his work much," he said. "I personally think there's some link between a pianist's weight and sound. I will be able to weigh enough to play Brahms in my 30s." 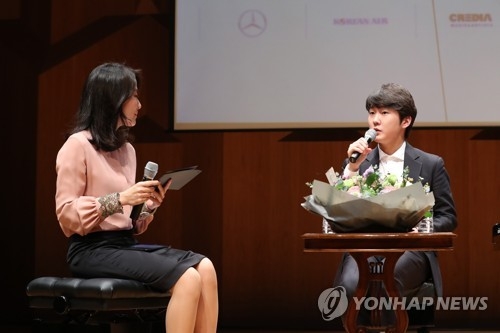