The sharp raise is in line with President Moon Jae-in's campaign promise to increase the salaries of conscripts to half the minimum wage by 2022.

According to the personnel and management ministry's pay raise plan for public servants, the salary of sergeants will be raised to 405,700 won (US$381.66) this year from 216,000 won last year.

By law, all able-bodied South Korean men must serve in the military for about two years, in a country that faces North Korea across a heavily fortified border. Violators are punished with prison terms.

Apart from soldiers, the salaries of ordinary public servants will be raised by an average 2.6 percent while those of senior officials will rise by 2 percent, according to the plan. 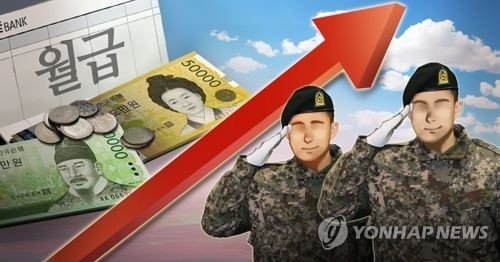 Salaries of rank-and-file soldiers to rise sharply this year

Salaries of rank-and-file soldiers to rise sharply this year