Woo Byung-woo, who served as senior presidential secretary for civil affairs from 2015-2016, was charged with abuse of power and obstruction of duty. He was arrested last month.

Woo, 50, is accused of ordering the National Intelligence Service (NIS) to secretly keep tabs on government officials, including Lee Seok-su, then-special presidential inspector who was investigating Woo over corruption suspicions.

He is also suspected of having the spy agency put a tail on Kim Jin-sun, then chief of the PyeongChang Winter Olympics organizing committee, and Park Min-kwon, a deputy culture minister, who were deemed "disobedient" to the president.

Other accusations include that he was involved in the culture ministry's management of a blacklist of artists and celebrities considered critical of the Park government.

He has denied all the charges.

Woo was indicted in April last year without detention on other multiple charges including disrupting the special investigation into him and neglecting his duty to prevent presidential aides' wrongdoings in the corruption scandal involving Park. 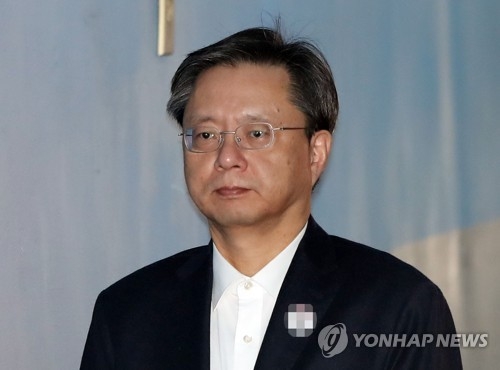