SEOUL, Jan. 4 (Yonhap) -- T.O.P of South Korean boy band BIGBANG, who was abruptly discharged from the police last year after a marijuana conviction, is set to resume his alternative military service this month, according to sources Thursday.

The BIGBANG main rapper, whose real name is Choi Seung-hyun, will be placed as a public service worker at Yongsan-gu Ward Office in central Seoul from late January, according to ward officials.

In July, T.O.P was found guilty of smoking marijuana multiple times and was handed a 10-month jail term with a two-year probation. He smoked the banned substance four times with a trainee singer at his home in Seoul in October 2016.

The indictment against T.O.P. came as he was carrying out his two-year mandatory military service as a conscripted policeman since February of last year. The K-pop star was kicked out of the police in June after a disciplinary committee deemed him "inadequate" to serve, deferring his status back to the Military Manpower Administration under the defense ministry. 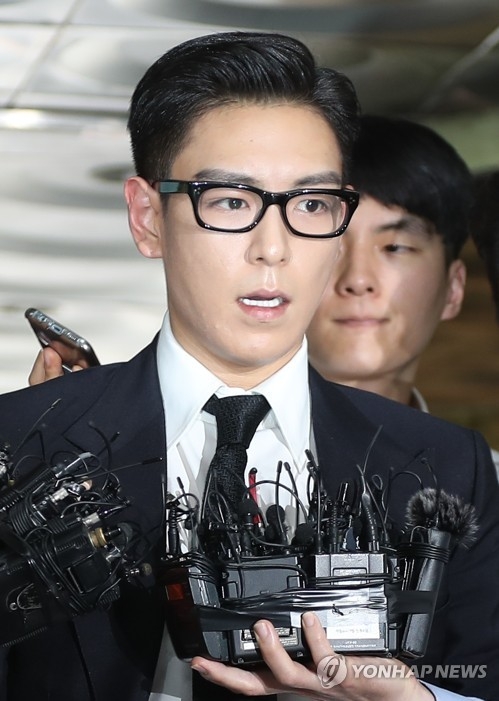