SEOUL, Jan. 4 (Yonhap) -- South Korea does not support the option of a so-called "freeze-for-freeze" that requires North Korea to stop its military weapons tests in return for the suspension of annual South Korean-U.S. joint military exercises, a foreign ministry spokesman said Thursday.

"Our government does not agree with the [freeze-for-freeze] stance," foreign ministry spokesman Noh Kyu-duk said when asked what stance Seoul would take if the issue were raised at future inter-Korean talks. 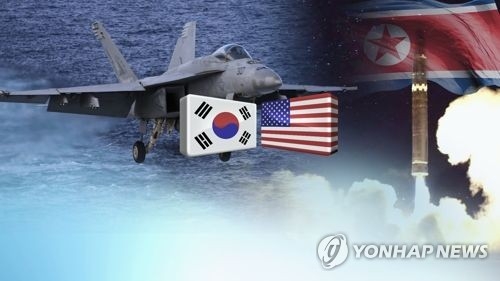 "Currently, military authorities of South Korea and the U.S. are having close discussions," he said, referring to the allies' on-going consultation aimed at delaying this year's regular spring joint exercise until after the PyeongChang Winter Olympics, from February to March.

The potential delay is being discussed in a bid to support Seoul's peaceful hosting of the Olympics but is not part of the freeze-for-freeze option.

As an option to allay tensions on the Korean Peninsula, progressive pundits in South Korea and the U.S. have proposed that North Korea declare a moratorium on its tests of nuclear weapons and ballistic missiles while Seoul and Washington halt their annual joint military exercises, which the North denounces as a rehearsal for war on its regime.

The remarks came amid growing signs of a possible thaw in inter-Korean relations. The countries reopened their long-severed communication line at the border on Wednesday after North Korean leader Kim Jong-un was reported to have ordered his country's officials to talk to the South about participating in the Olympics.

"The Ministry of Foreign Affairs believes inter-Korean relations should be improved in a way that makes progress on the issue of denuclearizing North Korea," the spokesman said in response to concerns that the bilateral talks may come at the cost of Seoul's cooperation with the U.S.