SEOUL, Jan. 4 (Yonhap) -- LIG Nex1, a South Korean defense firm, said Thursday that it is likely to post a lower-than-expected operating profit for 2017 due to a failed project.

In a regulatory filing with the Financial Supervisory Service, the company said it expects to post an estimated 1.5 billion won (US$1.4 million) in operating profit for last year, lower than the previous estimate of 46.8 billion won.

LIG Nex 1 blamed the decline on changes in business situations, including the suspension of a project to develop a fixed long-range radar system.

The Defense Acquisition Program Administration had signed a contract with LIG Nex1 for an indigenous radar to replace the aged Air Force radars, most of which are positioned on hilltops. But the radar developed by the company failed to meet operational requirements in a test carried out in 2014. 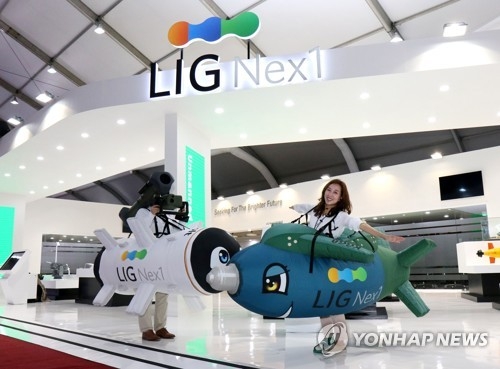