SEOUL, Jan. 5 (Yonhap) -- From the day she first put on boxing gloves in North Korea, Choi Hyun-mi had one ultimate goal: competing at the Olympic Games.

Now setting her sights on the 2020 Tokyo Summer Olympics under the South Korean flag, Choi, current World Boxing Association (WBA) women's super featherweight champion, said she is determined to fulfill her dream before hanging up her gloves.

Women's boxing made its Olympic debut in 2012. For the 2016 Rio de Janeiro Olympics, pro boxers were also allowed to compete, but some pro boxing promoters threatened that they would ban those who fought at the quadrennial event.

Choi, however, who also holds WBA featherweight belt and World Boxing Federation (WBF) super featherweight crown, said she is ready to give up her titles if only she can compete at Tokyo 2020.

"It will be a big regret if I end my boxing career without any Olympic experience," she said. "It's the door that I've always wanted to open. I'm fully aware of amateur boxing and I have already fought with top-class boxers in the world. I'm ready." 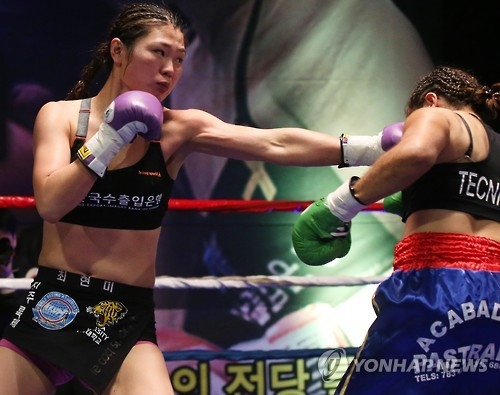 Choi, born in Pyongyang in 1990, was recruited to be a boxer at the age of 11. She was one of the most promising athletes in North Korea and received the kind of monthly payments usually given to adults, even though she was a teenager.

"I could have picked football or synchronized swimming, which were popular among female athletes, but I wanted to shine in an individual sport," she said. "From the day I started boxing, I wanted to participate in the Olympics, where the world's top athletes compete."

Hoping for women's boxing's inclusion at the 2008 Beijing Games, Choi said she just kept working hard to achieve her dream. But her life took a dramatic turn when her family defected to South Korea in 2004. Choi's family crossed the border with China and traveled to Vietnam before landing in South Korea.

"My father first told me it was just a family trip, so I wasn't really nervous going overseas," she said. "When we landed in Vietnam, then my father told us that we're going to South Korea. But I actually had high expectations living there after watching all of those South Korean dramas and news programs."

Choi said her family was affluent in North Korea, since her parents had stable jobs and some relatives worked for high-ranking officials.

"I think my father made the decision for my and my brother's futures," she said. "It was a good decision for my family, but later I heard that other relatives were punished because of us." 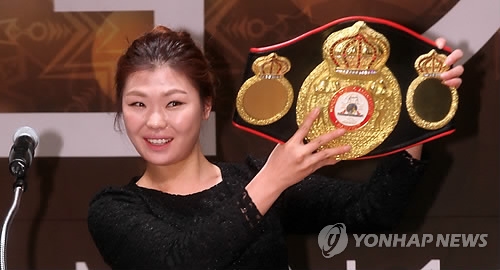 Choi said she could have pursued other careers in South Korea, but it didn't take long to find out that boxing was her calling. She recalled that her mentor was World Boxing Council (WBC) light flyweight champion Chang Jung-koo, who is also an International Boxing Hall of Famer.

"In North Korea, they teach athletes that they also need to be smart, so I studied a lot there," she said. "When I came to South Korea, I was able to do better than fellow students in math, but I couldn't catch up in other classes. But I knew I could box better than other students."

Choi's life in South Korea wasn't easy at first. She even felt regrets over her father's decision to come to the South when she was discriminated against by fellow students who told her to go back to the North. But such adversity eventually made her focus even harder on boxing.

"Of course, I was mad and wanted to punch them, but I didn't," she said. "I actually made up my mind to become a successful boxer so that in the future, I could show I'm a much greater person than them."

Choi's resolution has come true. After having brief stints as a member of the South Korean national team, she turned pro in 2008. Since then, she has yet to suffer a defeat, going 15 wins and one draw.

"I wanted to be the world's top boxer because that was a promise I made to my parents when I started boxing," she said. "I still remember the looks on my parents' faces when I won the world title." 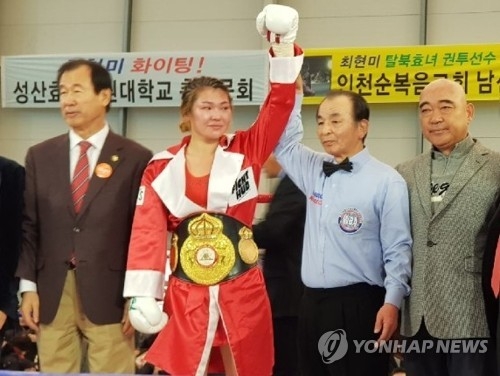 But living as a boxer in South Korea wasn't as easy as she initially thought. Even though she remains the world champion in her weight division, Choi lamented that she and her father, who also works as her manager, had to find sponsors to schedule bouts.

"When you become a world champion in North Korea, you get fame, cars and a house, and I was dreaming of that kind of success when I won the world title," she said. "But maybe I was naive. It's difficult to live as a pro boxer here because of promotion issues and other problems. But it's my parents who give me energy to live as a boxer."

Choi said she has received offers from a few mixed martial arts (MMA) promotions, but emphasized that she will stay in boxing.

"I first thought MMA wasn't a sport, because it's so brutal," she said. "Now I understand what MMA is about, but I'm not going there. I've been devoting myself to boxing for 17 years and I want to make my name in this sport."

Choi said she wants to see good results in 2020 to end her dynamic boxing career. After she comes down from the ring, Choi said she will think about marriage and other aspects of her personal life, but will also try to pave a new road in South Korean boxing history.

For now, Choi said she wants to become a coach for the women's national boxing team and train young boxers at Jincheon National Training Center after retirement. Her other retirement plans include becoming a commentator and an administrator.

Choi is currently a graduate student at Korea University, studying social physical education. She said her master's thesis will be about the boxing industry in South Korea.

"I went to graduate school, because I don't want to hear from people that athletes aren't smart people," she said. "My biggest question is why aren't there many boxing fans in South Korea even when there's a world title bout. I want to find solutions to that." 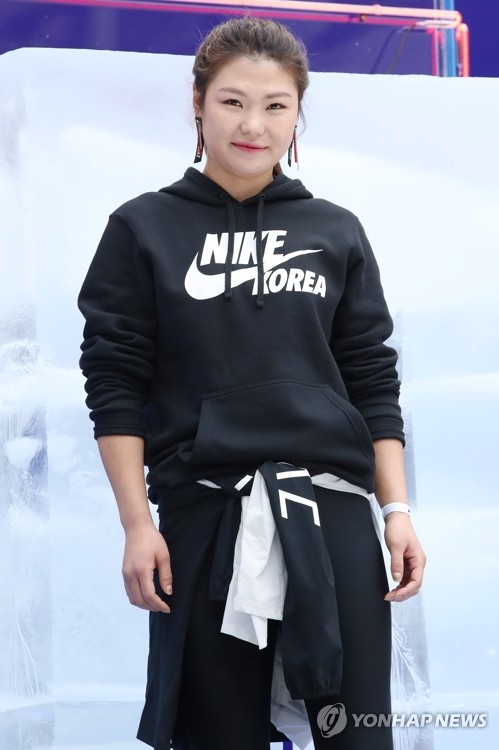