SEOUL, Jan. 5 (Yonhap) -- About two months shy of his 30th birthday, South Korean speed skater Lee Seung-hoon understands he isn't the same athlete that he was a few years back.

But if the way his illustrious career has played out is any indication, Lee will likely find ways to deliver the goods when it counts the most at next month's PyeongChang Winter Olympics. A medal there would add another chapter to his growing legacy as one of the country's finest winter sports athletes ever. 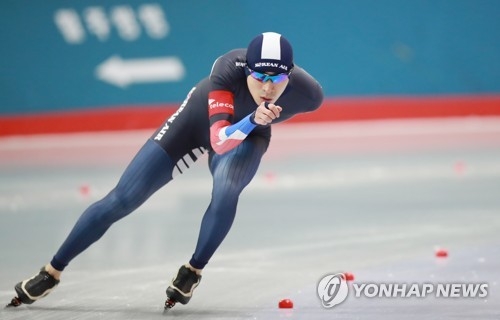 A former short track speed skater, Lee came out of nowhere to earn two medals at Vancouver 2010 -- a gold in the 10,000 meters and a silver in the 5,000 meters. He had only switched to long track about a year earlier, after failing to make the short track national team for the Olympics.

Detractors said Lee backed into the gold in the 10,000, when the heavily favored Sven Kramer, who posted the fastest time, was disqualified for a lane violation, but Lee continued to excel in long distance races.

Then before the 2014 Winter Games, Lee carved out a niche in team pursuit, in which three skaters compete together and the team is timed when the last of the three crosses the line. Lee led South Korea to a surprise silver in Sochi that year.

And when the mass start -- where all competitors start simultaneously and some physical contact is allowed -- was added to the world championships program, Lee again shifted his focus to the new event. As a former short tracker already used to battles in tight spaces and devising race strategies, Lee immediately began thriving, winning the world title in 2016 and finishing at the top of the World Cup rankings in the 2016-2017 season. The mass start will make its Olympic debut at PyeongChang.

Should Lee reach the mass start podium next month, it will give him four medals in four different races across three Olympics, a rare feat in a sport where specialists usually dominate the same events year in and year out. 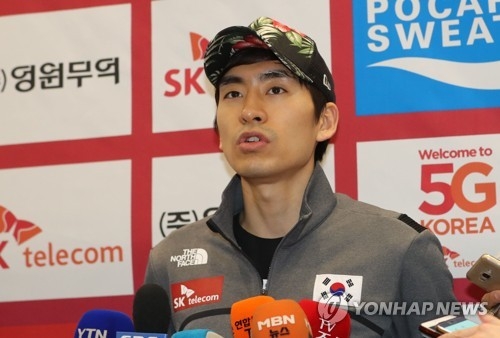 Lee hasn't given up on team pursuit, either. He will team up with a pair of high schoolers, 18-year-old Kim Min-seok and 16-year-old Chung Jae-won, in PyeongChang. The three combined for a World Cup title last November.

Among individual races, Lee will participate in the 1,500 meters, 5,000 meters and 10,000 meters, but he has already made it clear where his priorities are.

"At the PyeongChang Olympics, I want to do well in team pursuit and mass start more than anything else," he said. "I'd love to stand on the podium in both events."

Lee has admitted he doesn't have the same endurance or stamina as he did a few years ago, but he remains optimistic about his chances at PyeongChang 2018.

"European skaters sometimes hit their stride in their 30s," he said. "I am going in with the mindset that I haven't reached my prime yet."