The agreement came in a telephone conversation between the two leaders, according to the South Korean presidential office Cheong Wa Dae.

The tentative agreement came at a request from the South Korean leader. 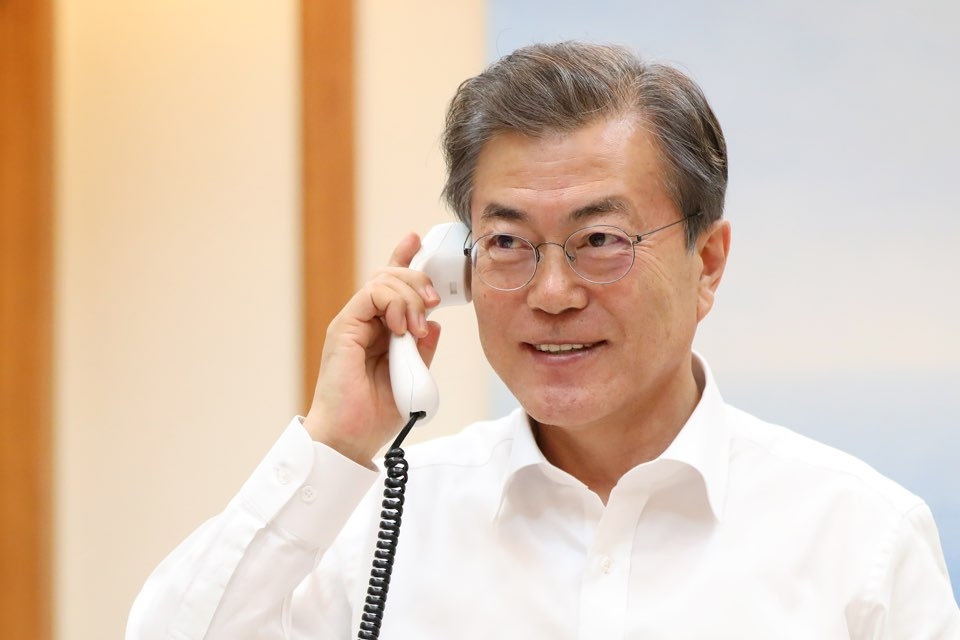 "I believe it would greatly help ensure the success of the PyeongChang Winter Olympic Games if you could express an intention to delay joint South Korea-U.S. military exercises during the Olympics in case the North does not make any more provocations," Moon was quoted as telling Trump.

The U.S. president agreed, saying Moon may tell North Korea that there will be no military exercises during the Olympics, according to Cheong Wa Dae.

In a press release, the White House confirmed the leaders agreed to "de-conflict the Olympics and our military exercises so that United States and Republic of Korea forces can focus on ensuring the security of the Games."

The call between Moon and Trump came one day after the divided Koreas reopened their dialogue channel at the joint security area of Panmunjeom in a prelude to resuming government-level talks for the first time since December 2015.

Seoul proposed holding military and Red Cross talks with North Korea last year to discuss ways to ease tension, as well as humanitarian issues, including a possible resumption of reunions of separated families.

North Korea had remained completely silent until its leader Kim Jong-un said in his new year's message delivered at the start of this year that he was willing to send North Korean athletes to the Winter Olympic Games to be held in South Korea next month. He also suggested holding inter-Korean talks to arrange the proposed trip by a North Korean delegation of athletes and officials.

The Seoul government has proposed holding such discussions on Tuesday. The North has yet to offer an answer.

The South Korean president said the resumption of inter-Korean dialogue will only contribute to the allies' joint efforts to denuclearize the North.

Trump said the U.S. will provide any necessary assistance while holding dialogue with North Korea and added that his country supports President Moon 100 percent, Cheong Wa Dae said in a statement.

To help further promote the PyeongChang Olympic Games, slated for Feb. 9-25, Trump agreed to send a high-level delegation, including his family, it added.