Yoo Myung-hee, the top delegate from South Korea's trade ministry, arrived at Dulles airport near Washington to take part in the first round of negotiations Friday on amending the Korea-U.S. Free Trade Agreement, known as KORUS.

"I will put the national interest first and conduct negotiations in a manner that strikes a balance of interests and reflects our national interest," she told reporters at the airport. "Whatever issues come up, we will reciprocate U.S. demands with our own."

The official declined to elaborate on what the sticking points could be, but noted that Washington is keen to reduce its trade deficit with Seoul, including in the auto sector.

Asked whether Seoul would be prepared to scrap the six-year-old deal, she said, "We are prepared for all possibilities."

The negotiations come as U.S. President Donald Trump has blamed the agreement for his country's growing trade deficit with Asia's fourth largest economy. But Seoul has pointed to macroeconomic factors and the U.S. surplus in services trade. 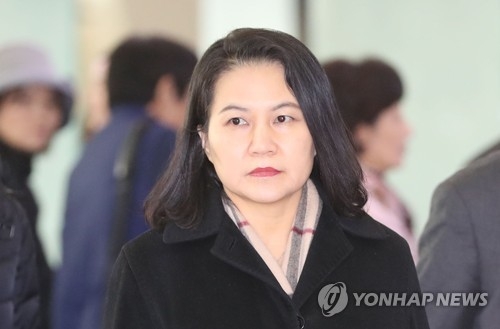