SEOUL, Jan. 5 (Yonhap) -- Samsung Electronics Co. said Friday it released the mid-end Galaxy A8 smartphones in South Korea, which will gradually expand to other countries down the road, in a bid to diversify its handset portfolio.

The South Korean tech giant said the 5.6-inch Galaxy A8 is available through the country's three mobile carriers. The 6-inch Galaxy A8 Plus, on the other hand, will not be released in South Korea but will be introduced in several overseas markets, including Russia and Southeast Asia.

As with the latest mobile devices by the company, the Galaxy A8 will come with the mobile payment system Samsung Pay, along with its voice-recognition platform Bixby.

The devices are IP68 certified for resistance to both water and dust. It also connects to Samsung's virtual-reality headset. The smartphone will be released in black, gold, and blue with a price tag of 599,500 won (US$563), significantly lower than 935,000 won set for the 64GB Galaxy S8. 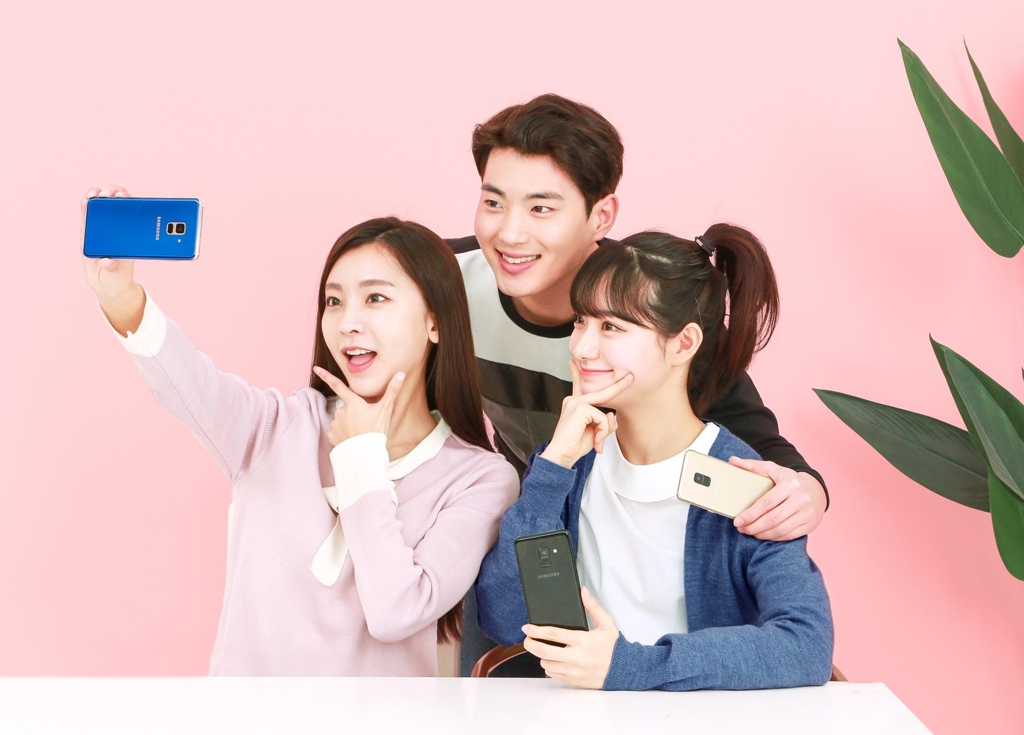 Samsung starts official sales of Galaxy A8 in S. Korea

Samsung starts official sales of Galaxy A8 in S. Korea