SEOUL, Jan. 5 (Yonhap) -- South Korean investors have pulled about 40 trillion won (US$37.7 billion) out of money market funds (MMFs) over the past seven months as they sought higher returns in stock and property markets, data showed Friday. 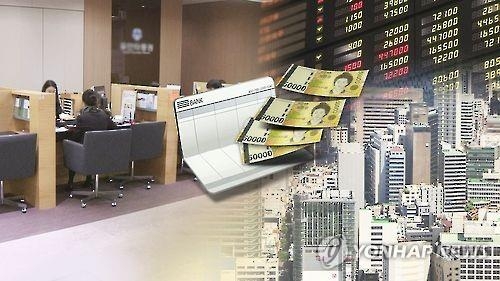 It was the first time in about two years that the size of local MMFs fell below the 100 trillion-won mark, the data showed.

Money market funds are mutual funds that invest mainly in short-term debt securities, such as Treasury bills and commercial papers. They are widely considered to be as safe as bank deposits.