SEOUL, Jan. 5 (Yonhap) -- South Korean and U.S. defense authorities have already set a schedule for this year's Key Resolve combined exercise, an informed source said Friday, a day after the allies' presidents confirmed a plan to wait until after the PyeongChang Olympic period to hold the massive military maneuver.

The two sides reached a tentative deal "months ago" to hold the command-post, simulation-oriented training in Korea from April 23-May 3, according to the source, who spoke on condition of anonymity. 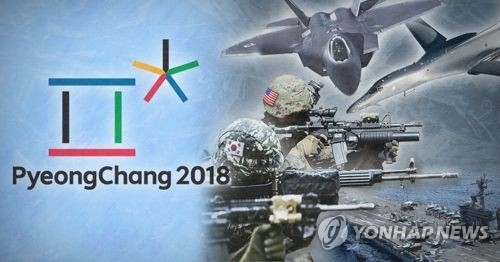 "The deployment of participating troops will begin around April 18 under the current schedule," the source told Yonhap News Agency.

But South Korea and the United States are still in consultations on a timetable for the Foal Eagle field training, which involves a large number of troops, including U.S. service members based abroad, added the source.

Another source said Foal Eagle will be staged around its usual timing, although the exact schedule and scale depend on North Korea's attitude down the road.

In 2017, Key Resolve took place from March 13-24 and Foal Eagle from March 1-April 30, with hundreds of thousands of soldiers mobilized.

South Korea's Moon Jae-in administration has requested a delay in the annual exercise in a bid to help reduce tensions on the peninsula before and during the two-week Winter Olympics, which will kick off in PyeongChang on Feb. 9. The Paralympic Games are slated for March 9-18 in PyeongCheong, a mountainous town in the east of South Korea.

In a phone call with Moon on Thursday night, President Donald Trump affirmed that the allies will not hold any military exercise during the Olympic session, according to Moon's office Cheong Wa Dae.

Defense Secretary Jim Mattis later said the decision is a "practical matter." Mattis added that adjusting the timeline of those drills is not unprecedented. 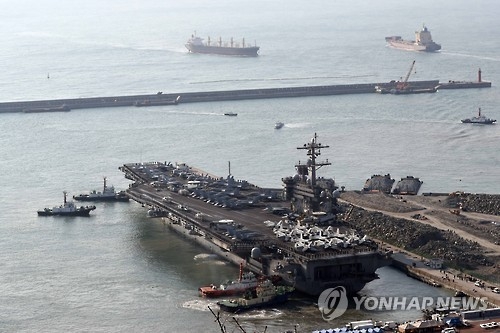 In the early 1990s, the two countries halted the Team Spirit joint training in a bid to improve the mood for inter-Korean reconciliation and denuclearization of the peninsula.

The North demanded the postponement of Key Resolve prior to the reunion of separated families in February 2014, but the South rejected the demand.

In a separate statement, the South Korea-U.S. Combined Forces Command said the allies will "work together to determine the actual dates of the exercises and will release that information upon the final decision."

The statement quoted Pentagon spokesman Col. Robert Manning as saying that, "In the spirit of the Olympic Games, the United States and the Republic of Korea (ROK) will de-conflict the start of our annual U.S.-ROK joint exercises until after the conclusion of the Winter Olympics, so that U.S. and ROK forces can focus on ensuring the security of the Games."

He pointed out that Key Resolve and Foal Eagle are "routine exercises required to maintain the alliance's readiness to defend South Korea."

The two countries are also likely to reschedule their regular Ssangyong (double dragon) landing exercise, which usually opens in late March with the participation of sailors and marines.

Despite the move, South Korea's military officials said there will be no major change in the already set schedule for independent military exercises this year in a bid to maintain the nation's defense posture.