Co-produced by production teams from Korea, China, Hong Kong, Taiwan and Japan, the movie is about an even-handed lawyer's journey to seek the truth surrounding the death of a colleague after being falsely accused of murder.

The film is a remake of the 1976 Japanese classic action movie "You Must Cross the River of Wrath." It hits South Korean theaters later this month. 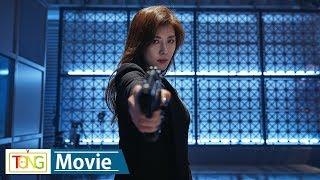