A total of 1,127 North Koreans came to South Korea last year, down from 1,418 in 2016, according to preliminary unification ministry data. 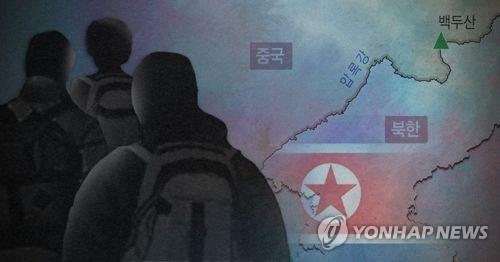 Kim is believed to have ordered tightened surveillance in North Korea.

Since the second half of 2015, North Korea has bolstered border control and set up high-tension wires around the Tumen River, which flows between the North and China, to prevent more North Koreans from escaping the country, according to the Korea Institute for National Unification.

Last year, 83 percent of all North Korean defectors were female, the data showed. Of total refugees, seventy-one percent are women.

The yearly number of defectors reaching the South peaked at 2,914 in 2009. The numbers have mostly declined since 2011.