SEOUL, Jan. 5 (Yonhap) -- South Korea's central bank said Friday that its chief will attend a meeting of the Bank for International Settlement (BIS) in Switzerland this weekend.

Bank of Korea (BOK) Gov. Lee Ju-yeol is scheduled to leave for the northwestern Swiss city of Basel on Saturday to exchange views with his counterparts from major economies on global economic and financial market conditions at the two days of meetings that will be held Sunday and Monday, according to the bank.

He is set to return home next Thursday.

The BIS is an international financial institution that serves as a bank for central banks, providing services only to central banks. It currently has 60 member central banks and monetary authorities, including those representing the United States, Britain and France. 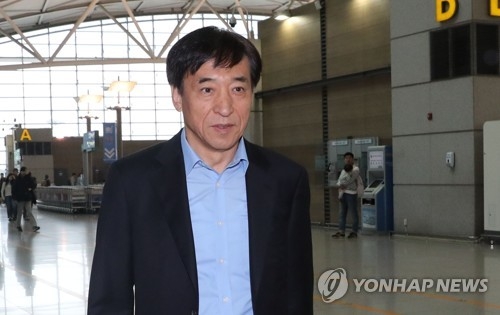