In a survey of 1,007 adults conducted by Gallup Korea, 72 percent said they approved of the president's performance, a 2 percentage-point increase from two weeks earlier. The weekly survey was skipped in the last week of December.

The number of respondents who are negative dropped 1 point to 20 percent. 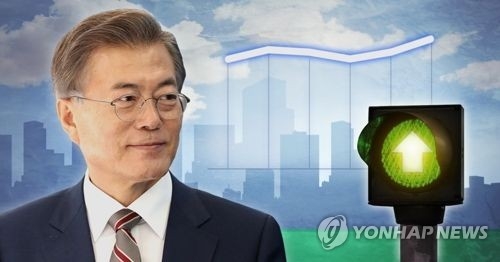 The survey had a confidence level of 95 percent and a margin of error of 3.1 percentage points.