The interview-focused documentary sheds light on the group, which regrouped in 2016 after a 16-year hiatus, delving into what the quintet went through while producing "Another Light," their fifth studio album released last year.

The movie was produced using CGV's proprietary ScreenX technology, which delivers a 270-degree viewing experience by using the two side walls of a theater as supplementary screens in addition to the existing main projection screen.

Having debuted in 1997, Sechskies enjoyed a successful run as one of the leading first-generation K-pop boy bands until it broke up in 2000. The team was known for its dramatic-yet-powerful dance hits such as "School Byeolgok" and "The Way This Guy Lives - Pomsaengpomsa." 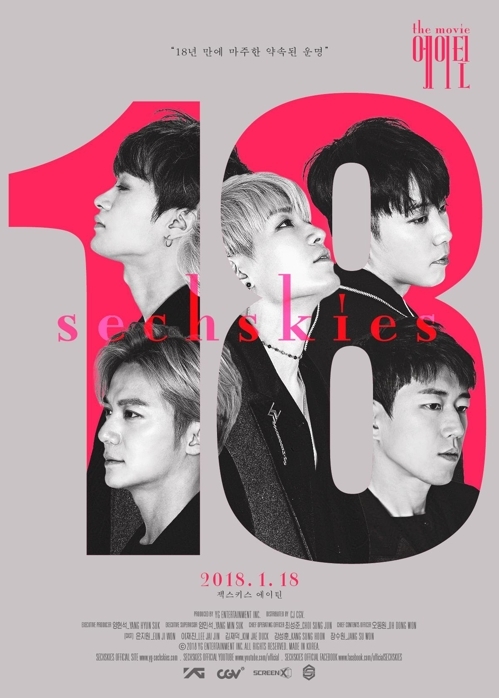