Shin returned home from his two-week trip in Europe where he inspected national players in preparation for the 2018 FIFA World Cup. He first checked Troyes AC striker Suk Hyun-jun in France and later moved to Britain to see players like Son, Ki Sung-yueng of Swansea City and Lee Chung-yong of Crystal Palace.

Shin said he met with Spurs boss Pochettino and talked about Son, who has netted 10 goals for the London club in all competitions this season.

"Pochettino told me that Son had hard times when he first arrived but that he got better and became a player who can play as striker."

Son's main position for Spurs is left winger, but he has occasionally played up front when Harry Kane was injured. For the national team, Son also mainly played on the left flank, but Shin recently tested the 25-year-old as center forward in friendly matches.

"Pochettino gave me a hint that Son played well as a lone striker when Kane was injured," he said. "He said Son is a player who can play well in both a one-striker or a two-striker system, as well as on the flanks." 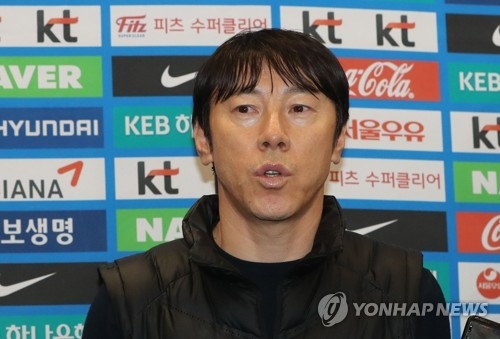 Shin said he met with Son three times during his stay in Britain.

"Son said he received good energy from me since I also talked with Pochettino," he said. "Perhaps that's why he scored goal later (against West Ham United)."

Shin, who took the national team helm in July 2017, said he didn't see Ki or Lee play but was able to speak with them.

"Ki is in a condition to play right away," he said. "I felt like Swansea are not playing Ki because they care so much about the player."

When asked about Lee, who has appeared in only three league matches this season, Shin said he advised the attacking midfielder to get more playing time.

"Lee is a player who wants to go to the World Cup, but he's in a situation where he needs to find a new club and get fit," he said. "Lee said he is keeping in close touch with his agent, but he really needs to play more matches."

Shin said he is pleased with Suk, who has five goals in 12 Ligue 1 matches. However, the 26-year-old striker still needs to compete against other national team forwards to earn his spot.

"If Suk doesn't get injured, he'll compete with forwards like Kim Shin-wook, Hwang Hee-chan and Jin Sung-wook," he said. "We'll need to keep this competition ongoing until the World Cup." 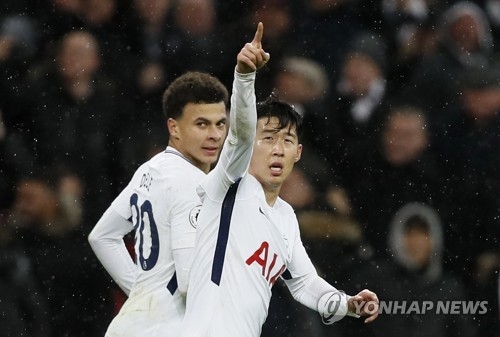 Shin said his final roster for the 2018 World Cup is about 70 percent complete. The 48-year-old, who previously led South Korea's under-23 and under-20 squads, said he needs players who can make sacrifices for the team.

"There are going to be players who will get better or worse, but I'll make the team by May," he said. "Since we're not superior to our opponents, we need players who can run more than the opposing players on the pitch."

During his European trip, Shin said he also had time to think about his tactics at the World Cup.

"I did draw up some tactics for the national team after watching English Premier League and French Ligue 1 matches," he said. "I also looked at Chelsea's back three system closely."

Shin is scheduled to announce his squad for overseas training on Jan. 15. South Korea will set up their winter training camp in Antalya, Turkey, on Jan. 22 and plan to play friendly matches there.

"I heard that it's not easy to find opponents for friendly matches during that period, since teams return home to resume their season schedule," he said. "Even if we don't face a good team, I think it's right for us to play three or four friendly matches there." 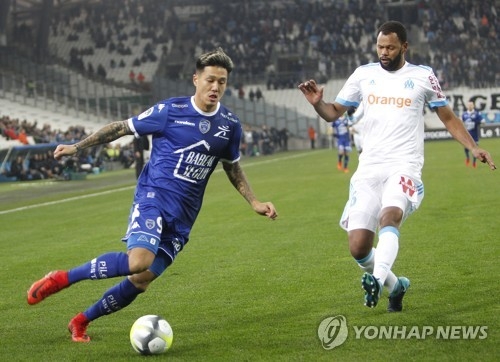