When his 21st-ranked team faces Canada in a rematch at next month's PyeongChang Winter Olympics, Kim would like nothing more than to take the world by surprise again.

At the Channel One Cup in Moscow in December, South Korea actually led Canada 2-1 after one period, with both goals coming off the stick of Kim. The monumental upset wasn't meant to be, as South Korea eventually lost the game 4-2. But it was nonetheless an encouraging showing by a country about to make its first Olympic appearance on home ice. 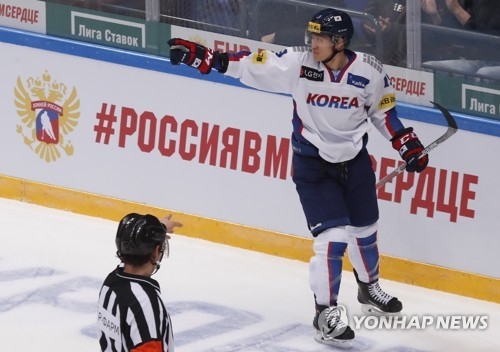 Coached by former National Hockey League (NHL) defenseman Jim Paek, South Korea has been paired with Canada, world No. 6 Czech Republic and seventh-ranked Switzerland in the preliminary round at the Olympics. The odds are stacked against South Korea, but Kim remains upbeat.

"We may be the underdog on paper, but we aren't going into the Olympics to lose," the centerman said. "Like our coach Paek says, I think we can create a miracle like the 2002 FIFA World Cup (when South Korea reached the semifinals)."

If South Korea were to come even remotely close to upsetting its group stage opponents, Kim must continue to carry the offensive load. Much has been made about Canadian-born players who have been naturalized to play for South Korea at the Olympics, but Kim and his older brother, Kim Ki-sung, remain two of the team's deadliest offensive weapons.

After falling to Canada at the Channel One Cup, South Korea also lost to Finland by 4-1 and to Sweden by 5-1. In those three games, the Kim brothers and their linemate, Colorado native Mike Testwuide, were the only South Koreans to register a point. 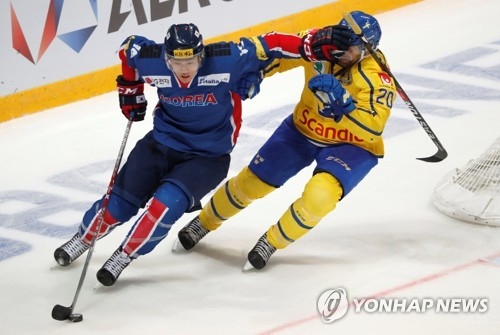 Kim Sang-wook had two goals and an assist. His brother had a goal and three helpers, while Testwuide scored one and set up another.

A former junior national team star, Kim Sang-wook has been playing for the senior team since the 2011 Asian Winter Games. Internationally, Kim has 24 goals and 65 assists in 58 games.

He was named the 2011-2012 Rookie of the Year playing for Anyang Halla in the Asia League Ice Hockey (ALIH), and even had a brief stint in Finland's second-tier league, Mestis, on loan in the second half of 2012.

Though he only appeared in 11 games, recording a goal and an assist for HC Keski-Uusimaa, Kim blossomed into one of the Asian league's best pivots.

And his development culminated in the form of the regular season MVP during the 2016-2017 season. Kim won the league scoring title with 14 goals and 54 assists for 68 points in all 48 games, becoming the first South Korean to top the ALIH in points.

Kim and his brother have gone through the same middle school, high school and college teams, and are currently teammates on both Anyang Halla and the national team. If South Korea scores its first-ever Olympic goal at PyeongChang 2018, the safe money will be on the Kims to have a hand in it.

"I want to do the best I can and make the Korean people fall in love with a great sport that is hockey," Kim Sang-wook said. 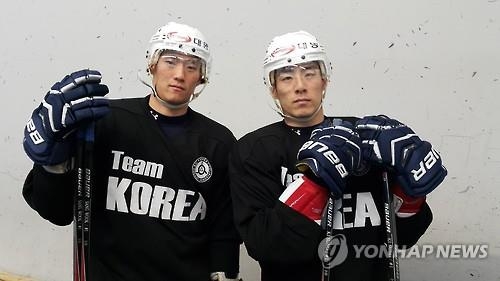