SEOUL, Jan. 9 (Yonhap) -- The 2018 Winter Olympic Games in PyeongChang, which will kick off in 30 days from Wednesday, will offer plenty of star power -- be it on ice, snow or sliding track.

Host South Korea will try to set its Winter Olympics record with eight gold medals and 20 medals overall, which should be good enough to put the country inside the top five in the medal standings.

All 26 Winter Olympic titles by South Korea have come from ice events -- short track, speed skating and figure skating -- and the trend will likely hold up in PyeongChang. 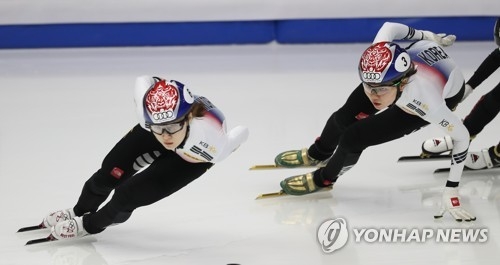 A whopping 21 of those 26 gold medals have come from short track speed skating, and South Korea will look to add to that total on home ice.

Shim Suk-hee and Choi Min-jeong have dominated the women's competition in recent years and considered heavy gold medal favorites. Shim won three medals at her Olympic debut in 2014, while Choi is a two-time world overall champion.

In the 2017-2018 International Skating Union (ISU) World Cup season, Choi finished first overall in the 1,500 meters, ahead of Shim, on the strength of three titles in four starts. Choi finished second overall in both the 500m and 1,000m. Choi and Shim helped South Korea to two golds, one silver and one bronze in four starts in the 3,000m relay.

Choi, a year younger than Shim at 19, may have an edge, but Shim will be a sentimental favorite at the Olympics as she was born in Gangneung, a sub-host city that will hold all the skating events during the Olympics.

In the men's races, Victor An of Russia will likely have his Olympic swan song in his native land. Born Ahn Hyun-soo in South Korea, the 32-year-old acquired a Russian passport in 2011 and went on to win three gold medals in Sochi. With six gold medals to his name -- he won three for South Korea at Torino 2006 -- An has won more Olympic golds in short track than anyone in history. 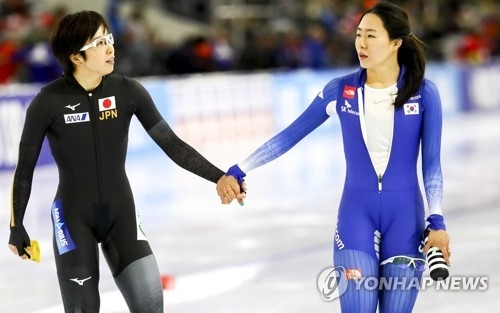 In speed skating, South Korean Lee Sang-hwa will try to win her third straight gold medal in the women's 500m. Only Bonnie Blair of the United States has won three straight Olympic titles in the distance, though Blair's third title, at the 1994 Lillehammer Olympics, came two years after her second gold.

Lee, world record holder in the 500m with 36.36 seconds, has struggled with a nagging knee injury since Sochi, as Nao Kodaira of Japan has emerged as her biggest threat. In February this year, Kodaira beat Lee at the ISU World Single Distances Speed Skating Championships at Gangneung Oval, which will host speed skating races at PyeongChang 2018. And Kodaira has captured all seven ISU World Cup races so far in the 2017-2018 season, while Lee has finished runner-up five times.

In the 2017-2018 season, Lee picked up two wins in three events. Kim missed the first World Cup race with an injury and finished third in her second race of the season. 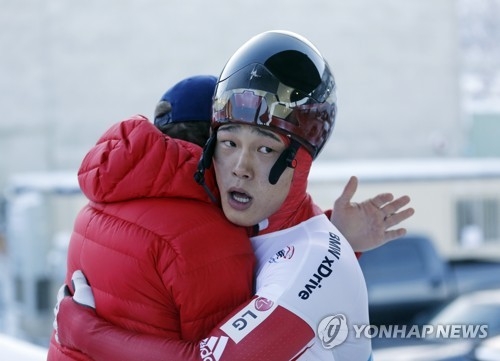 Yun is sitting pretty at the top of the International Bobsleigh and Skeleton Federation (IBSF) World Cup standings with four victories in six competitions. Martins Dukurs of Latvia won the other two races and is currently No. 2 overall behind Yun.

The South Korean finished second overall behind Dukurs in each of the past two seasons, but with the Olympics around the corner, Yun has taken another giant leap.

Dukurs has been as dominant in skeleton as any other winter sports athletes, but an Olympic gold has eluded the five-time world champion, who has settled for silver in each of the past two Winter Games.

There will be plenty of other international stars to watch at this year's Olympics. 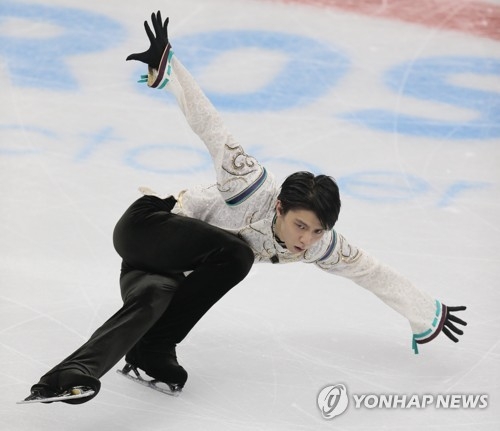 In figure skating, one of the Winter Games' marquee events, Russian teenager Evgenia Medvedeva will try to become the second consecutive ladies' singles champion from her country, after Adelina Sotnikova in 2014. The two-time reigning world champion owns the world record with 80.85 points in the short program, 160.46 points in free skate and 242.31 points in overall score. All of them were set during the 2017 World Team Trophy in April.

Yuzuru Hanyu of Japan has been the dominant force in the men's singles, where he'll be going for his second straight Olympic gold. The two-time world champion is hoping to join Gillis Grafstrom, Karl Schafer and Dick Button as the only men to successfully defend an Olympic title.

Both Medvedeva and Hanyu suffered injuries late last year that derailed their Olympic preparations and will try to recover in time for what many believe could be their coronations.

Ole Einar Bjorndalen, the "King of Biathlon" from Norway, will try to add to his record medal tally. Bjorndalen, who will turn 44 later this month, leads all Winter Games athletes with 13 medals and is tied with cross-country skier Bjorn Daehlie, also from Norway, with eight gold medals all-time. 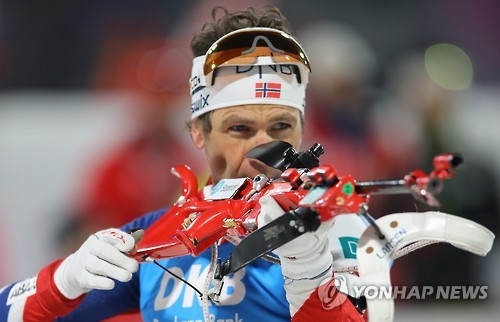 Sara Takanashi of Japan is among the most decorated ski jumpers in history, and an Olympic medal is the only prize missing in her resume. She placed fourth in Sochi but has since put together a remarkable run in which she has captured 53 individual World Cup titles, tied with Gregor Schlierenzauer of Austria for most all-time.

On the slopes, American star Mikaela Shiffrin will go for her second Olympic alpine skiing gold, after winning the women's slalom title in 2014. She has excelled in alpine skiing's two technical events, slalom and giant slalom, while another American star, Lindsay Vonn, has been dominant in speed events, such as downhill and Super-G.

But last December, Shiffrin beat Vonn at her own game, winning the downhill title at the International Ski Federation (FIS) Alpine Skiing World Cup in Lake Louise, Canada, while Vonn tied for 12th. Shiffrin will try to become the first female skier to win gold medals in both slalom and downhill since Rosi Mittermaier at Innsbruck 1976.

In a handful of sports, South Korea will be represented by naturalized athletes -- those born outside the country who have since acquired South Korean passports via a special process.

The men's and women's hockey teams have each added a handful of North American-born players, in hopes of boosting their competitiveness in their Olympic debuts.

Canadian-born goalie Matt Dalton is easily the best player on the men's side, and he must continue to be so if South Korea are to have any fighting chance against Canada, the world No. 1 and two-time defending Olympic champion, the Czech Republic (world No. 6) and Switzerland (No. 7), in the preliminary round.

A pair of cousins from Canada, Michael Swift and Bryan Young, are also key members of the team. Swift, a high-scoring, hard-nosed forward, is joined on the attack by American-born Mike Testwuide. Young is a defenseman, alongside fellow Canadian-natives Eric Regan and Alex Plante. 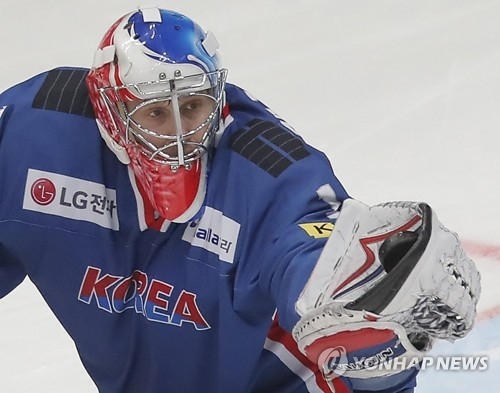 The women's team features foreign-born players of Korean descent, such as forwards Danelle Im and Caroline Park, who both have roots in Canada. Forward Randi Griffin was born in North Carolina to a Korean mother and an American father, while rearguard Marissa Brandt was born in Korea but was adopted by an American family as an infant.

In figure skating, U.S.-born Alexander Gamelin acquired his South Korean citizenship last July, so he could skate alongside his partner Min Yu-ra in ice dance. Gamelin and Min have been skating together since 2015 as a South Korean tandem, but both had to have South Korean passports to compete at the Olympics.