Son collected 14 goal and 20 assists in 99 matches since making his pro debut with Pohang in 2014. Last year, he was the league's top assist maker with 14 assists in 35 matches.

The 25-year-old is also a member of the South Korean under-23 national team that won the gold medal at the 2014 Asian Games. He, however, has yet to make his senior national team debut.

The star midfielder was also desired by Suwon Samsung Bluewings, but Jeonbuk were the winners.

"I'm sorry to fans there was some noise regarding my transfer," Son said. "I'm ready to show my talents on the pitch with Jeonbuk." 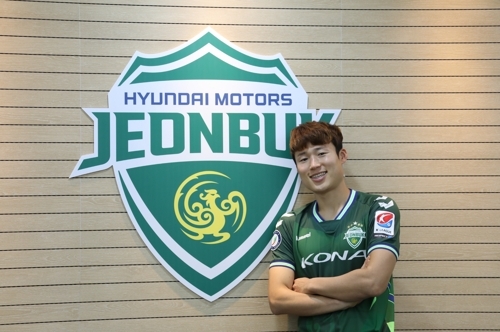