SEOUL, Jan. 7 (Yonhap) -- The bedridden head of Samsung Electronics Co., Lee Kun-hee, has shown no signs of recovery, but his condition has not deteriorated either since 2014, when he was hospitalized for a heart attack, industry sources said Sunday.

"I haven't heard about Chairman Lee's condition for a while," a source said. "No news means his health remains the same."

After suffering a heart attack on May 10, 2014, he was rushed to Samsung Medical Center in southern Seoul, owned by his business group, and received a stent. He has since remained there.

Lee still remains in a coma without a medical ventilator or any other medical equipment, another source said, adding doctors play music and films in his room and take him out in a wheelchair periodically.

Local media published an exclusive photo of Lee lying in bed without a respirator in June 2015. 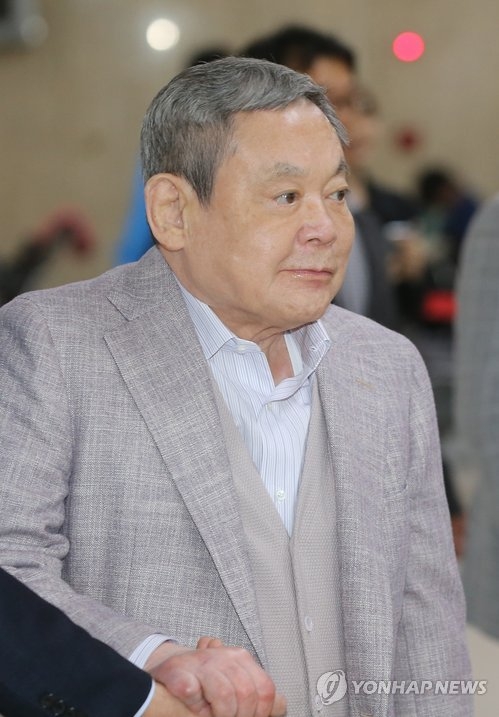