SEOUL, Jan. 7 (Yonhap) -- A pair of teenage figure skaters qualified for the 2018 PyeongChang Olympics in the ladies' singles Sunday.

Choi Da-bin, 17, and Kim Ha-nul, 15, will represent the host country next month in one of the Winter Games' marquee events, after finishing one-two in the Olympic trials that wrapped up at Mokdong Ice Rink in Seoul on Sunday.

At the Korea Figure Skating Championships, the third and final leg of qualifying events, Choi finished with 190.12 points, for a total of 540.28. Kim scored 176.92 points over the weekend to reach 510.27 overall in the qualifying stage and grab the last spot available for South Korea in the ladies' singles.

PyeongChang 2018 will be the first Winter Olympics for both Choi and Kim. 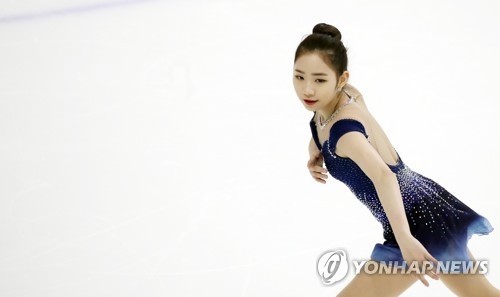 Park So-youn, who skated at the 2014 Sochi Winter Olympics, finished third in the qualification with 488.30 points.

Choi ranked second at the Korea Figure Skating Championships behind You Young, who earned 135.15 points in free skate for 204.68 points overall. You, at 13, isn't yet old enough to compete at the Olympics.

Choi went on to land a clean triple salchow and a double axel, and finished off her program with flawless spins.

The rising star finished in 10th place at last year's world championships to earn two Olympic tickets for South Korea and ended up winning one of them herself.

Her mother passed away in June, and the grief-stricken Choi even contemplated skipping the Olympic trials. But she battled on and dedicated her performance on Sunday to her late mother.

"Looking back on recent months, I've gone through so much," she said. "I am glad I've been able to overcome them. My mom is on my mind right now. If she were still here, she would have been more excited and thrilled than anyone else."

On the ice, Choi has been dealing with foot pains, caused by a loose pair of boots. She entered this weekend's combination with two different boots and said she'd keep them on for the Olympics. Her left boot is from two years ago, and the right boot was used last year. 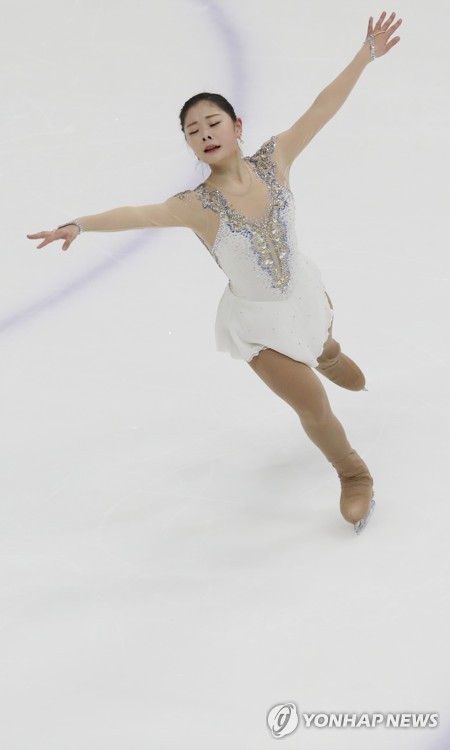 With the Olympics about a month away, Choi said her focus will be more on maintaining her form than on working on techniques.

She opened this season with new music for free skate, titled "Gypsy Melodies," but recently switched back to the "Doctor Zhivago" soundtrack, which she'd used last season.

"I went with the new song because it was the last piece of music my mom told me about," Choi said. "But I never got familiar with it, and I went back to the old program. I did make some changes to my costume and accessories."