SEOUL, Jan. 8 (Yonhap) -- Off the ice, South Korean short track speed skating star Choi Min-jeong is as quiet and soft-spoken as they come. But when all is said and done at next month's PyeongChang Winter Olympics, she will likely have made plenty of noise on the ice.

Still just 19, Choi is already one of the world's most complete short trackers. The two-time world overall champion dominated the 2017-2018 International Skating Union (ISU) World Cup season to qualify for her first Winter Games with ease. 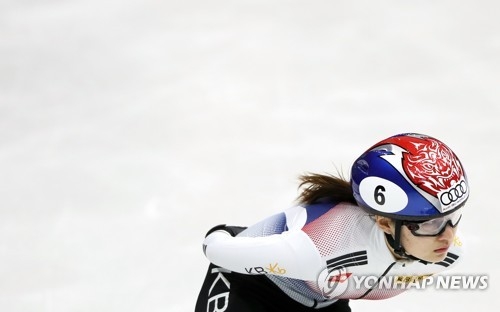 Choi ranked first overall in the 1,500 meters during the World Cup season after winning three of four races, and finished second overall in both the 500m and 1,000m. She was an integral member of the 3,000m relay team that earned two golds, one silver and one bronze in four appearances. She is favored to capture multiple titles at the PyeongChang Olympics, and is the closest thing to a sure bet in a sport fraught with an unpredictable turn of events.

Choi, who began skating at age six, started turning heads in middle school. Then at the 2014 world juniors, Choi grabbed golds in the 1,000m and the 3,000m relay.

And she was just getting started.

Before Choi came along, Shim Suk-hee, a year older at 20, was the biggest prodigy in South Korean short track. Shim won three medals at the 2014 Sochi Olympics, including gold in the 3,000m relay where she staged a thrilling comeback over the final laps as the anchor, and added the world overall title the same year.

But with PyeongChang 2018 about a month away, Choi appears to have surpassed Shim as the best female skater from the world's premier short track power.

And Choi will go for a historic gold medal sweep at the Olympics. Her excellence in the 1,000m and 1,500m has long been proven, and South Korea is a heavy favorite in the relay. 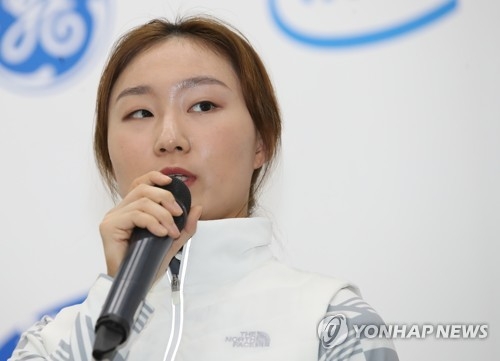 The last four Olympic golds in the women's 500m have gone to Chinese skaters, while Europeans and Canadians have also thrived. South Koreans have generally struggled out of the starting line against bigger and more physical rivals. And Choi has packed on muscle and increased the intensity of her strengthening workouts in recent years to improve her chances in the 500m.

It has paid off with three 500m wins over the past three International Skating Union (ISU) World Cup seasons.

The competition in the 500m will be more open than other distances, with Elise Christie of Britain, Kim Boutin and Marianne St-Gelais of Canada, and Arianna Fontana of Italy also looming as threats.

But Choi will continue to prepare for the Olympics the only way she knows how -- quietly.