The 2018 Detroit Auto Show, also known as the North American International Auto Show, will open to the media Sunday and to the public on Jan. 20, with carmakers focusing on electric, semi-autonomous and high-performance models, industry sources said Monday.

Hyundai Motor plans to launch the all-new Veloster with 1.4 turbo and 1.6 turbo gasoline engine models in the domestic market and then abroad this year, a company spokesman said.

In addition to the Veloster model, details about other vehicles from Hyundai Motor and its sister company Kia Motors Corp. to be unveiled at this year's first major auto show will be made available soon, the spokesman said. 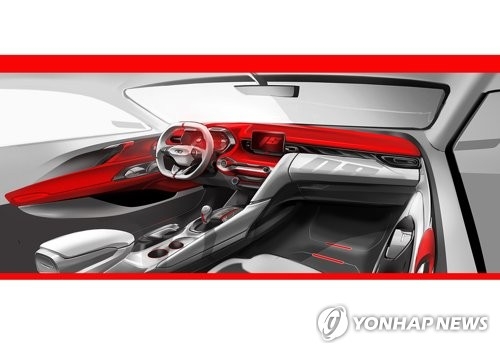 The motor show draws more than 5,000 journalists from around the world and many global top automobile executives, and carmakers are expected to unveil their upgraded and high-performance sedans, as well as increasingly popular recreational vehicles.

BMW will introduce the i8 Coupe plug-in hybrid sports car, the electric i8 Roadster and the little X2 crossover. Mercedes-Benz plans to show off the AMG CLS53 hybrid sedan -- an upgraded G-Class utility vehicle -- and other new models, they said.
(END)