Located on the outskirts of Kanggye, Jagang Province, near the border with China, the resort opened a day earlier in an official ceremony attended by senior party officials there, according to the Korean Central Broadcasting Station.

It has a sledding slope, ski courses, and a medical clinic, which are intended to support teenagers' sport activities, added the broadcaster.

The facilities, reportedly with an area of around 50,000 square meters, are far smaller than the Masikryong Ski Resort, which was built in early 2014 close to Wonsan, Gangwon Province, at the instruction of leader Kim Jong-un. 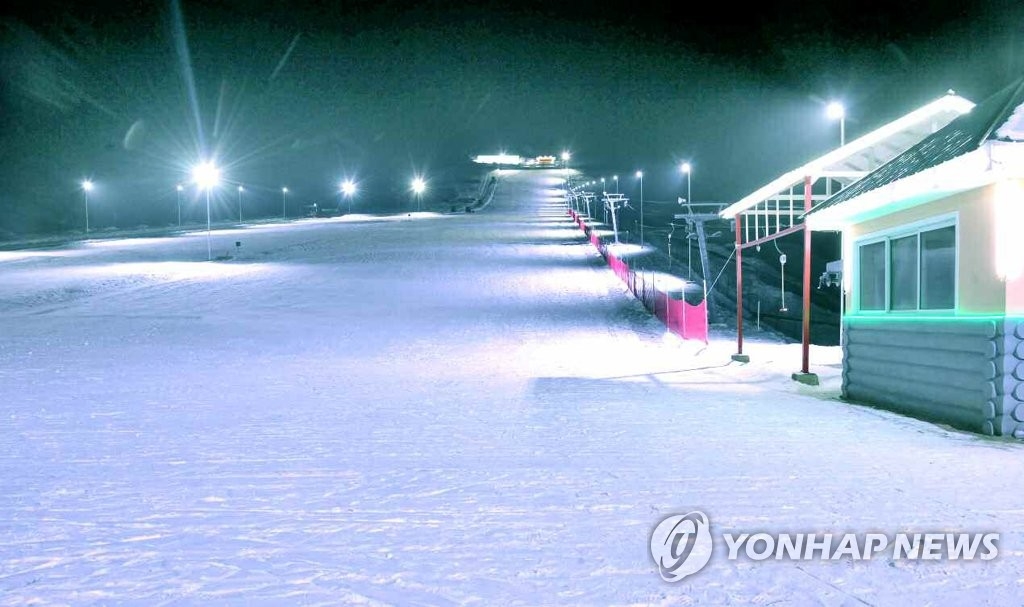 The impoverished North has several ski resorts across the nation, which some say is partly related to Kim's love for skiing. He studied in Switzerland in his youth.

In Kim's New Year's Day address, he expressed his intent to send a delegation to the Winter Olympics, which will be held in the South's town of PyeongChang next month.