The five-minute video, uploaded by Woolim Entertainment on its official social media at 12 a.m. on Jan. 6, showcases highlights of 12 tracks off the album, including "Tell Me," "Begin," "Synchronise," "No More," "TGIF," "I Hate" and "Begin Again."

The album features songs of genres ranging from urban R&B to metal, pop ballad and classical.

The lead song "Tell Me" gets listeners into a dreamlike and refined mood with minimal arrangement and restrained vocals.

Also unveiled along with the video clip were photos of the six members taken for the new album. 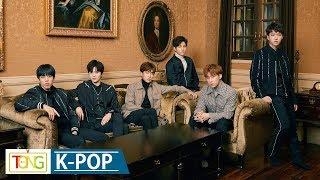