SEOUL, Jan. 8 (Yonhap) -- Foreigners satisfaction over traditional Korean food, known as hansik in Korea, was the lowest in the neighboring country of Japan, poll showed Monday, amid frayed ties between the two countries over a number of diplomatic issues.

Japanese people's awareness of Korean food came at 32.8 percent, compared to the overall average of 64.1 percent, according to a survey by the Korean Food Promotion Institute. The poll was conducted online, questioning 6,000 foreigners living in 10 major cities abroad from Sept. 29 to Oct. 20.

Southeast Asians showed the highest awareness of Korean food at 80 percent, followed by Chinese with 75 and Americans with 63.3 percent, according to the survey.

Satisfaction over the food was also lowest in Japan with 54.2 percent, the survey showed. The figure was the highest in Southeast Asia at 88.6 percent, followed by the United States with 88.4 percent.

The institute attributed the poor satisfaction of hansik in Japan to strained bilateral relations.

The high awareness and satisfaction of Korean food in Southeast Asia, meanwhile, is largely attributable to the popularity of Korean pop culture in the region, the institute said. 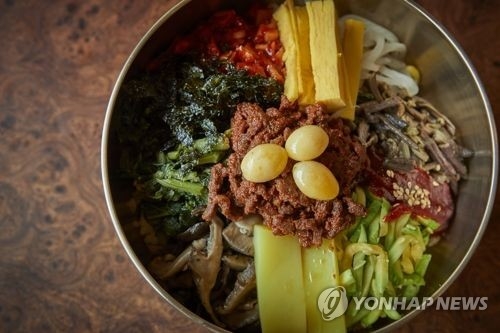