SEOUL, Jan. 8 (Yonhap) -- More than half of South Koreans approve of helping cover the expenses that North Korea's athletes and cheering squad would incur if they join the upcoming Winter Olympics in South Korea, a poll showed Monday.

The Realmeter survey, conducted Friday, said 54.4 percent of 505 respondents agreed with the government assisting with costs for the North Korean delegation's sojourn during the PyeongChang Olympics, while 41.4 percent of them were negative. The sporting event is scheduled for Feb. 9-25.

By ideological disposition, 71.5 percent of progressive pollees favored support, while 62 percent of the conservative ones were against it.

By region, Gwangju and Jeolla provinces showed the highest approval rate with 67.7 percent, followed by Seoul (58 percent), Gyeonggi and Incheon (56.6 percent) and Busan and South Gyeongsang Province (55.3 percent). On the other hand, 54.2 percent of the pollees in Daejeon and Chungcheong provinces were negative over the aid, according to the survey. 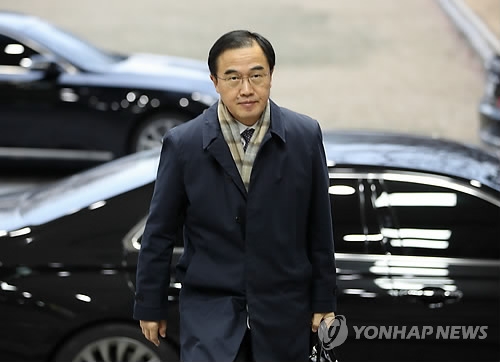 Over half of S. Koreans agree on supporting N.K. Olympic group's travel expenses

Over half of S. Koreans agree on supporting N.K. Olympic group's travel expenses