SEOUL, Jan. 8 (Yonhap) -- Veteran K-pop girl group T-ara might be banned from using its name as the group's former management agency sought the exclusive right to use the name Monday.

It was three days before the four members -- Jiyeon, Hyomin, Eunjung and Qri -- parted ways with the management agency upon the expiration of their contracts. 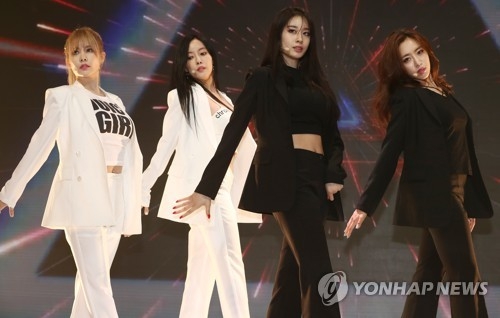 MBK confirmed the news in a telephone conversation with Yonhap News Agency, saying, "We did it because it's natural for the company to have the rights to the name 'T-ara.'" But there was no prior consultation with group members in the process, the company added.

The application, if accepted, will ban members who left the company from exercising the trademark to the name for at least 10 years. In that case, they will be forced to find a new group name as former BEAST members and TVXQ members did under the same situation.

"We can't say for certain now, but the members will be able to stay together whenever, wherever we are," she wrote.