SEOUL, Jan. 8 (Yonhap) -- The top nuclear envoys of South Korea and Japan met Monday to discuss North Korea's nuclear program and bilateral ties ahead of the upcoming inter-Korean talks on Pyongyang's possible participation in the Winter Olympics in the South.

The meeting was held in Seoul between Lee Do-hoon, special representative for Korean Peninsula peace and security affairs, and his Japanese counterpart, Kenji Kanasugi.

The Japanese envoy didn't make any comments on his way to the meeting, the details of which were not disclosed to the press. 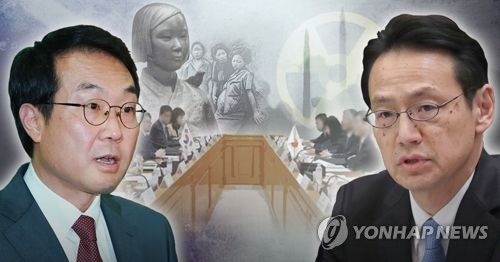 The meeting came a day before high-ranking officials of the two Koreas will sit down in the truce village of Panmunjom to discuss the North's possible participation in the Feb. 9-25 PyeongChang Olympic Games.

As the two Koreas move toward talks, which will be the first of their kind in around two years, South Korea has apparently stepped up diplomatic coordination with its partner countries in dealing with the current nuclear stalemate.

He also held a face-to-face meeting in Seoul late Friday with his Chinese counterpart, Kong Xuanyou, to discuss the North's nuclear program. The ministry said it is arranging a similar meeting with U.S officials.