Kim Pan-gon was formally unveiled as head of the new committee on national team coaching hiring at the Korea Football Association (KFA). Previously, the KFA's technical committee had been responsible for hiring coaches. As part of its restructuring, the KFA created Kim's committee to handle all matters related to naming coaches on the senior and the under-23 teams, while leaving the technical committee to focus on devising long-term plans for the national teams at different age groups.

At his introductory press conference, Kim said his first task will be to hire a technical coach to work alongside national team boss Shin Tae-yong. 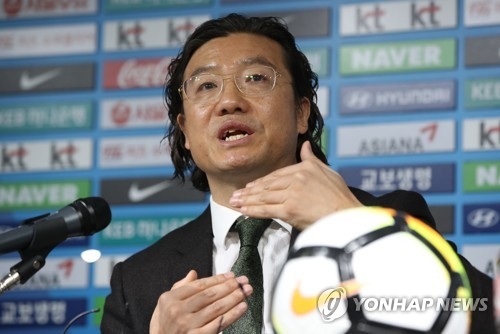 "To ensure thorough preparations for the World Cup, we'll hire a new technical coach and put together the Technical Study Group (TSG)," Kim said. "The goal is to complete this task before March, when the national team plays friendly matches before the World Cup."

According to Kim, the new technical assistant will handle advance scouting on South Korea's group stage opponents at the World Cup -- Germany, Mexico and Sweden. Kim added he was acting on Shin's request for a new position.

The TSG will be one of subcommittees under Kim's committee.

Kim added there will be other subcommittees on scouting and sports science.

Kim had a quiet playing career but made a name for himself as a coach. He worked with clubs in Hong Kong and South Korea, and is best known for coaching Hong Kong's national team to the East Asian Football Championship in 2010.

"It doesn't matter how good of a player you were, or which teams you coached before," he said. "I'll consider leadership skills and management skills, and apply objective standards to name our coaches." 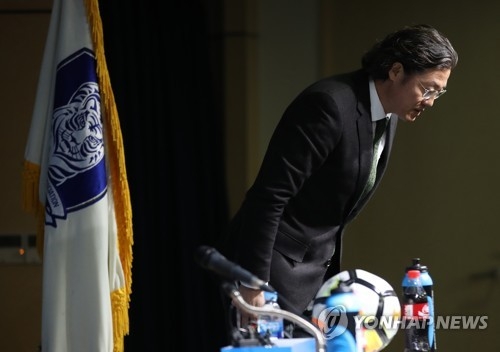