SEOUL, Jan. 9 (Yonhap) -- The first Winter Olympic Games hosted by South Korea that is set to kick off in a month is not only a world-class sporting event, but could also be an economic boon for Asia's fourth-largest economy, observers here said Tuesday.

The first Winter Games in the country will help attract a large number of visitors from all over the world and strengthen the South Korea's so-called soft power in the global arena.

Last year, Lee Hee-beom, the chief of the country's organizing committee for the sports event, estimated that the economic impact of hosting the Winter Olympics is expected to top 32 trillion won (US$28.2 billion) over the next decade by fueling infrastructure construction and the local tourism industry.

Some 390,000 foreigners and 2.2 million locals are expected to visit the event's venues in Gangwon Province, a good chance to promote the country's beautiful mountains, scenic vistas and other tourism-related products, according to the organizing committee.

In 2016, a record 17.24 million foreigners visited South Korea, but the number is projected to decline to some extent in 2017 due to diplomatic tension between Seoul and Beijing. 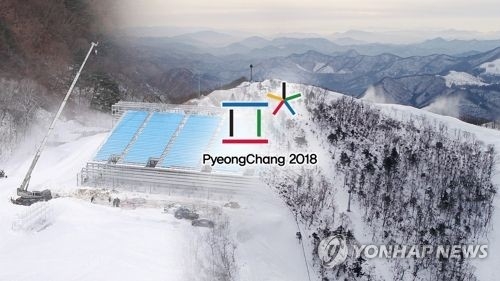 More specifically, PyeongChang's hosting of the games is forecast to lead to the direct production-inducing effect of just under 20.5 trillion won, or more than twice the economic benefits enjoyed by the 2002 FIFA World Cup, an earlier estimate by the state-run Korea Institute for Industrial Economics and Trade (KIET) claimed

Another local think tank, the Hyundai Research Institute (HRI), calculated that positive effects caused by the Winter Games will reach a combined 64.9 trillion won over the next 10 years thanks to expanded investment into stadiums and roads, increased private spending and future tourist demand from overseas.

In the latest report by the Korea Economic Research Institute (KERI), past hosts of the Winter Olympic Games including the United States, Canada, Russia and Japan have enjoyed a clear increase in their exports and trade following the sporting event.

Based on global trade data since 1950, the KERI study showed that the 10 host countries saw their exports and trade jump 23.5 percent and 30.9 percent, respectively, after the Olympics.

South Korea is expected to benefit from hosting the quadrennial sporting event as it became the world's sixth-largest exporting country last year, with its outbound shipments reaching $573.9 billion.

But the KERI report noted that it is necessary for Olympic host countries to seek ways to generate economic benefits after the games are concluded by utilizing tourism and sporting events.

Pouring a massive amount of money into large public works will likely fuel the economy in the short-term, but it may bring about massive debts to the local government and lots of white elephants if they fail to map out effective measures to make a good use of facilities after the Winter Games.

The 1998 Nagano Winter Games of Japan built brand-new facilities including ski jump slopes and high-speed railways only for the event. However, costly installations were left unused as they are too expensive for the small mountainous county of Nagano with a population of 400,000.

The PyeongChang Winter Olympics organizing committee has reportedly spent some 880.7 billion won to build and renovate 12 slopes and arenas for the upcoming event. 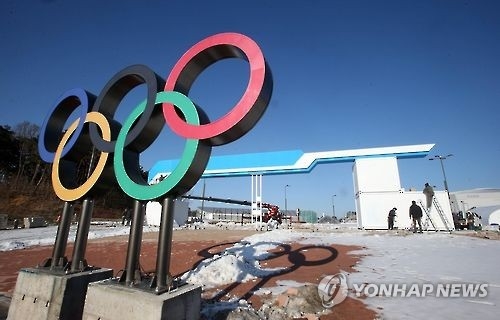