South Korea's foreign ministry task force concluded in late December that the countries' deal two years ago was seriously flawed and failed to resolve the grievances of South Korean women who were forced into sexual servitude for front-line Japanese troops during World War II.

The Moon Jae-in administration is expected to make a final decision on whether to retain or opt out of the deal after additional reviews. Japan urged Korea to abide by the agreement. 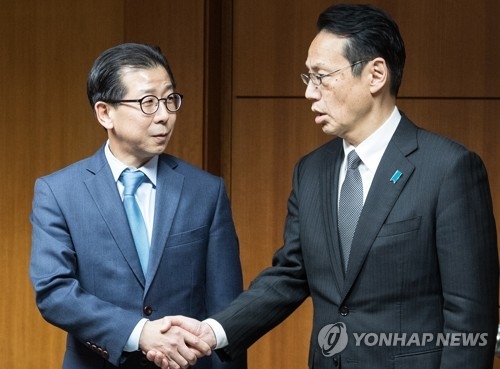