ULSAN, South Korea, Jan. 8 (Yonhap) -- A Russian crewman of a car carrier has been arrested on charges of forcibly hugging and kissing a South Korean female welfare center worker, the maritime police in Ulsan said Monday.

The 44-year-old, identified only as "A," is suspected of having molested the woman, who helped connect his mobile phone to wireless Internet during a visit to the seamen's welfare center in the country's southeastern port of Ulsan at around 5:40 p.m., Tuesday, the police said. The man was apparently drunk at the time.

According to the police, the Russian denied the charge during a probe, insisting, "I kissed her as a token of my appreciation, and the charge is a misunderstanding stemming from cultural differences."

The police, however, said they have submitted as evidence video footage recorded on the center's CCTV, in which the female strongly resisted his actions.

An interpreter, who attended the probe, also presented an opinion that the sailor's behavior comes under the category of indecent assault in Russia, the police said.

"The act constitutes a crime given that the other party expressed a refusal," they added. 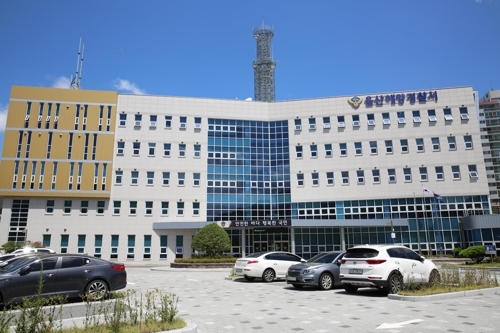