SEOUL, Jan. 9 (Yonhap) -- South Korean golfer Choi Kyoung-ju, better known worldwide as K.J. Choi, has been playing the sport for so long he could be forgiven for feeling maybe a bit jaded.

But entering his 19th year on the PGA Tour, Choi says he has hardly been more excited about the start of a new year.

"I can't believe I've been on the tour for so long," Choi told Yonhap News Agency Monday on the phone from Hawaii, where he's getting ready for the Sony Open in Hawaii starting Thursday. It will be his first tournament of 2018. 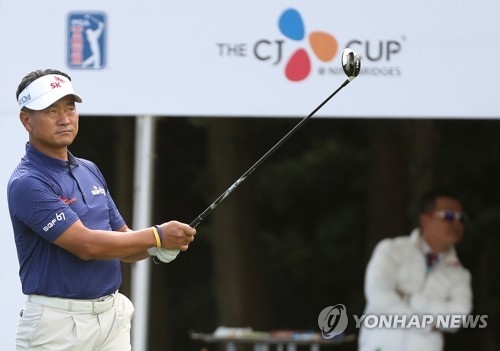 "It's been a long time since I've been this excited at the start of a year," added Choi, an eight-time PGA Tour winner. "I feel like I can really do something this year."

"When I first made it to the tour (in 2000), people said I couldn't last more than two years and I couldn't compete with bigger and stronger American players," he said. "My initial goal was to stay on the tour for five years, and then it became 10 years. And now I've come this far."

Choi has already played three events in the early portion of the 2017-2018 season, missing the cut in one and finishing well out of contention in the two others.

His most recent tournament was the RSM Classic in mid-November. Choi trained in Guangzhou, China, from Dec. 23 to last Sunday and flew straight to Hawaii.

Choi is the 2008 Sony Open champion and said he can picture the Waialae Country Club in Honolulu, where the tournament has been held every year since its modern-day inception in 1965, with "my eyes closed." But he has missed cuts there in recent years and said his primary goal is to play on the weekend.

At 49, the former weightlifter credited his meticulous preparations for each tournament and each season for giving him his longevity.

"I've maintained a healthy lifestyle and enjoyed great support from my family," Choi added. "I always tell younger players to lead a happy family life and stick to healthy routines."

Choi said he feels more reinvigorated than in recent years because he's addressed some nagging issues in his game.

"I'm now hitting it long enough to compete on the tour," he said. "And above all, I've solved problems with my short putts."

Choi said he decided to alter the flight of his shots, with some help from fellow Korean player, Charlie Wi. 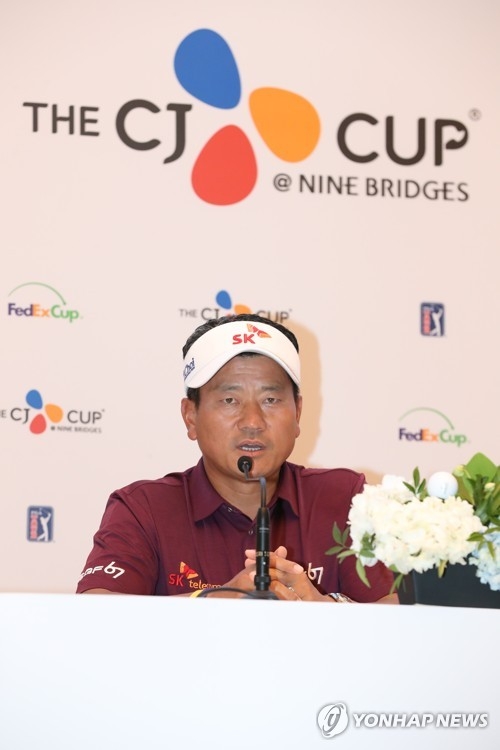 "After missing the cut at last year's Sony Open, I felt I couldn't keep going like that anymore," Choi said. "I used to hit fade shots, but starting in March, I started hitting it just straight. I wasn't getting the results right away, but a few months later, I added some distance to my shots and I became more consistent with my ball striking."

As for his adventures on the green, Choi said he realized his putting stroke wasn't suited for putts of about 5 feet while he was getting his new putter fitted.

"I've found the cause and solved the issue," he said. "Now I have the confidence that I can make short putts. If I can maintain this form and play with this kind of strength, I believe I can win on the tour."

Choi's last tour victory has also been his biggest. He won the 2011 Players Championship -- the proverbial fifth major on the PGA Tour -- in a playoff over David Toms.

Choi also said he'd like to qualify for the Masters, the season's first major.

"I believe I'll have my chances," he said. "After the Sony Open, I'll play at Farmers Insurance Open (starting on Jan. 25), Genesis Open (from Feb. 15) and Valspar Championship (from March 8)."