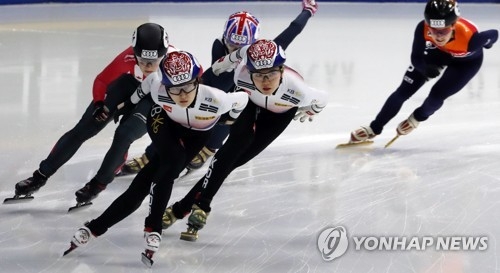 South Korea's objective is to grab at least eight gold, four silver and eight bronze medals to rank fourth in the medal race. The country's highest position on the Winter Games medal standings was fifth in Vancouver, thanks to six gold and 14 medals overall.

By sports, Gracenote said all seven South Korean gold medals will come from the ice -- five from short track and two from speed skating.

South Korea was projected to pick up three of four gold medals at stake in women's short track, with Choi Min-jeong winning the 1,000 meters, Shim Suk-hee taking the 1,500 meters and the relay team finishing first in the 3,000-meter relay.

Gracenote said Seo Yi-ra will be crowned the men's 1,000m champion. Sin Da-woon was projected as the men's 1,500m gold medal taker, though Sin didn't even make it out of the Olympic trials.

South Korea was expected to take both of the men's and women's mass start gold medals in speed skating. Lee Seung-hoon was Gracenote's favorite in the men's race, and Kim Bo-reum was projected to reach the top of the podium in the women's competition. 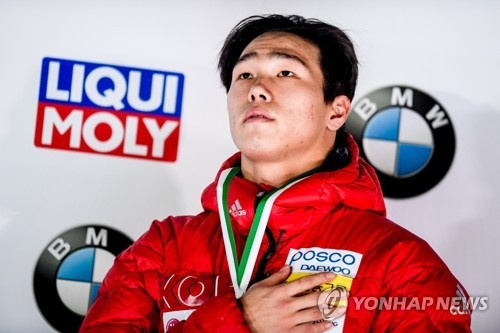 The male skeleton slider Yun Sung-bin was tapped as the silver medalist in PyeongChang, which would make him the first South Korean to win an Olympic medal away from the ice. Yun is currently world No. 1 on the strength of four World Cup victories in six starts this season.

Gracenote also said Choi Min-jeong, the short tracker, will pick up silver in the women's 1,500m and that speed skater Lee Sang-hwa will earn silver in the women's 500m. Lee is the two-time defending Olympic champion in that race but has been outperformed by Nao Kodaira of Japan over the past two seasons.

By Gracenote's projection, Germany will win the medal race with 14 gold medals and 40 medals in total. Norway will also win 14 gold, according to Gracenote, but it will have 38 medals overall to rank just behind Germany.