SEOUL, Jan. 9 (Yonhap) -- South Korean tech giant Samsung Electronics Co. said Tuesday its fourth-quarter operating profit is expected to jump 63.8 percent on-year and is poised to set another record, apparently pushed up by the global boom in the chip industry.

Operating profit was estimated at 15.1 trillion won (US$14.1 billion) in the October-December period last year, up from 9.2 trillion won tallied during the same three months in 2016, the company said in a regulatory filing.

Sales were anticipated to have surged 23.8 percent to reach 66 trillion won over the cited period, it said.

The results were below analysts' expectations. A survey of 19 brokerages by Yonhap Infomax, the financial news arm of Yonhap News Agency, had expected that Samsung would report a fourth-quarter operating profit of 15.9 trillion won.

For all of last year, Samsung predicted its operating profit would rise 83.3 percent on-year to 53.6 trillion won.

Full-year sales were expected to edge up to 239.6 trillion won, up 18.7 percent from 201.9 trillion won the previous year, Samsung said.

The company did not provide details for business divisions. The tech giant is expected to elaborate on the results in its finalized report, which will be delivered later this month.

Analysts estimated the operating profit of Samsung's semiconductor business to have surpassed 10 trillion won for the first time in the fourth-quarter.

Lee Seung-woo, a researcher at Eugene Investment and Securities, expected Samsung to continue with solid earnings in the first-quarter of this year, though the strong Korean won versus the U.S. dollar could be a drag. The local currency has been appreciating for months amid the global trend of the weakening U.S. greenback.

"The first-quarter operating profit is expected to stand at around 15 trillion won," Lee said in a report before Samsung's announcement.

Shares of Samsung Electronics were trading at 2,574,000 won as of 9:51 a.m., down 1.04 percent from the previous session's close. The fourth-quarter report was announced before the market opened Tuesday. 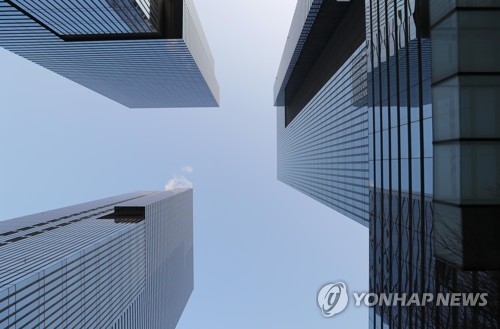